Adobe has this week announced that it is roiling out a new update to its Creative Cloud suite of applications that will bring with it File and Typekit Font Sync for users.

The new update will be rolled out in “limited batches” says Adobe, so if you can’t see it just yet be patient. The latest update follows on from the Edge Apps update which rolled out earlier this month. 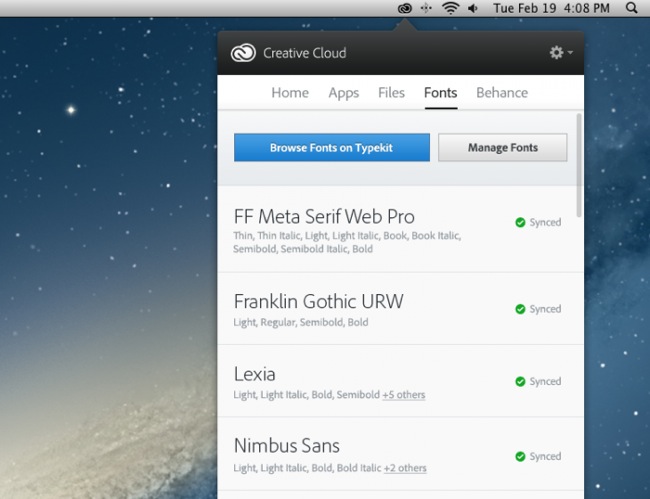 “We’ve been working hard to get file syncing back online for launch on the Creative Cloud desktop application, and are now excited to start rolling this out to our customers—this time, with the addition of syncing fonts to your computer from Typekit. If you’re ready to give it a spin, sign up here to register for early access.”

For more information on the new Adobe’s Creative Cloud File and Typekit Font Sync jump over to the Adobe website for details, you can also request early access here.