Adobe has announced three new applications for the iPad, that are designed to be used with Photoshop CS5, Adobe Nav for Photoshop, Adobe Color Lava for Photoshop and Adobe Eazel for Photoshop.

The three new Photoshop applications can be used on your iPad and each of these new applications use Adobe’s Touch SDK, which is also available to developers. 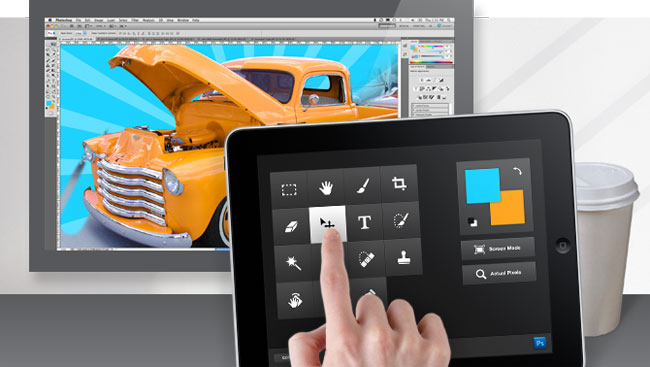 “Our research shows that creatives are adopting tablets faster than any other group and we heard loud and clear that they want to use their devices to interact with Photoshop, the tool they depend on most of all,” said John Loiacono, senior vice president and general manager, Digital Media Solutions, Adobe. “The apps that we announced today show some of the creative ways tablets can work with Photoshop and over the next few months Photoshop’s vibrant developer community is going to dazzle us with innovative apps that further integrate tablet devices into creative workflows.”

You can find out full details of these new iPad applications here, although they are not available in iTunes as yet, Adobe have said they are expected to be available in May.