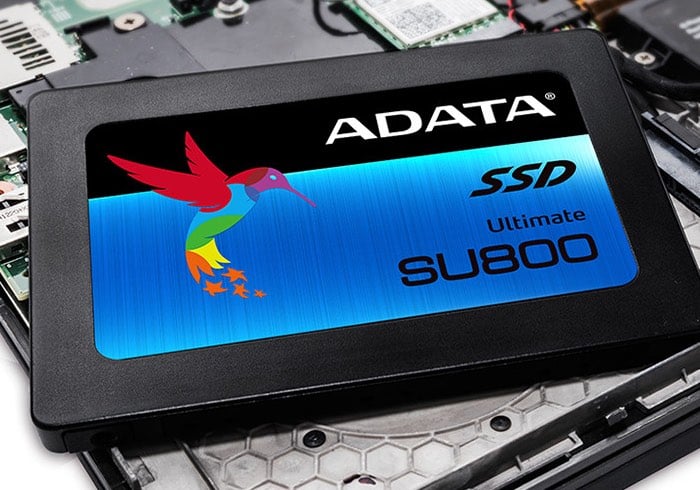 If you are in the market for a new solid state drive (SSD) to add an extra layer of performance to your older computer system you may be interested to know that ADATA has this week announced the launch of a new SSD in the form of the Ultimate SU800 3D NAND SSD.

The Ultimate SU800 has been designed and developed to provide a mid-range model and uses 3D NAND technology to provide a considerable upgrade for existing 2D NAND SSD users and a massive step up for HDD users, says ADATA.

The press release from ADATA explains more about the range which is available in storage capacities from 128GB to 1TB :

Tangible performance improvement – The Ultimate SU800 provides users with the benefit of more consistent performance across different capacities, another plus of 3D NAND technology. Driven by an SMI controller, read speeds reach 560MB/s and write speeds top out at 520MB/s, roughly a 10% increase over 2D NAND Flash models that use TLC chips. The Ultimate SU800 supports both SLC Caching and DRAM Cache Buffer to enable variable speed increases based on task load and available system resources.