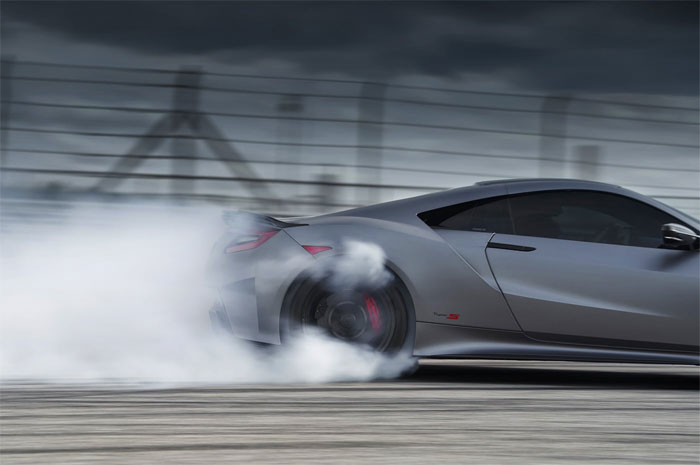 Acura has teased a new limited-edition global run of a sports car called the NSX Type S. The vehicle will debut officially at Montere Car Week and celebrates the final model year of Acura’s NSX supercar. The official reveal of the car will happen on August 12.

Acura says the limited-production 2022 NSX Type S is the best-performing road-legal version of the NSX ever made. The vehicle promises to increase the already impressive performance of the NSX to even higher levels. Acura promises more power, quicker acceleration, sharper handling, and a more emotional driving experience.

While Acura isn’t offering hard details of the car, we know it will have an enhanced version of the current twin-turbo V6 paired with a Sport Hybrid SH-AWD. Only 350 of the cars will be available globally, with only 300 offered in the US. The 2022 NSX Type S marks the first time an NSX Type S has been sold outside Japan. The car will use a nine-speed dual-clutch transmission.