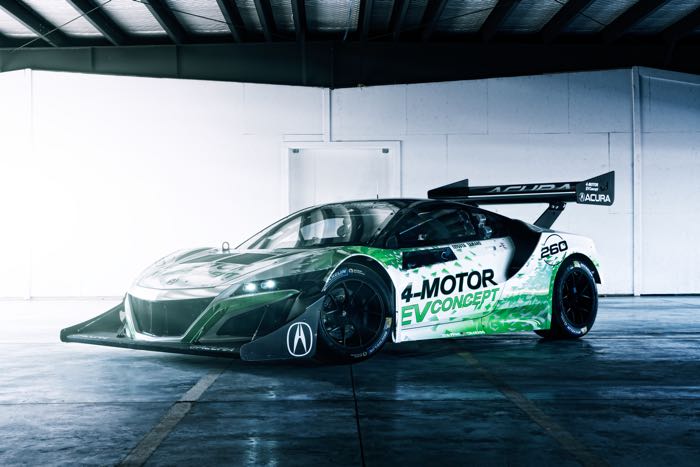 Honda has revealed a new NSX inspired EV concept and the company will be taking the car to the 2016 Broadmoor Pikes Peak International Hill Climb where it will compete in the Electric Modified Class.

This new Accura NSX inspired concept is powered by a new 4-motot all wheel drive system that allows for independent torque allocation to each of the four wheels. 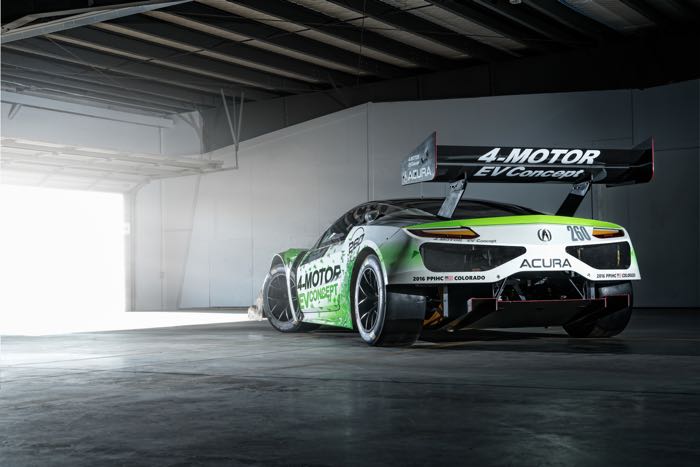 “We’ve been tuning the car for several weeks at Pikes and have advanced its performance significantly,” said Tetsuya Yamano. “We’re honored to be running at Pikes in this historical, anniversary year – an event respected by racing fans all over the world.”

Honda R&D has been developing “super handling” technology for more than 20 years in the pursuit of ideal vehicle handling. By applying separate Twin Motor Units (TMUs), the brains of Sport Hybrid SH-AWD, on each axle, Acura has achieved independent torque distribution to all four corners – true four-wheel torque vectoring. Based upon the learnings from last year’s race, the team updated the system management of the powertrain for more precise thrust at each wheel.

You can find out more details about this new EV concept from Honda over at their website at the link below.