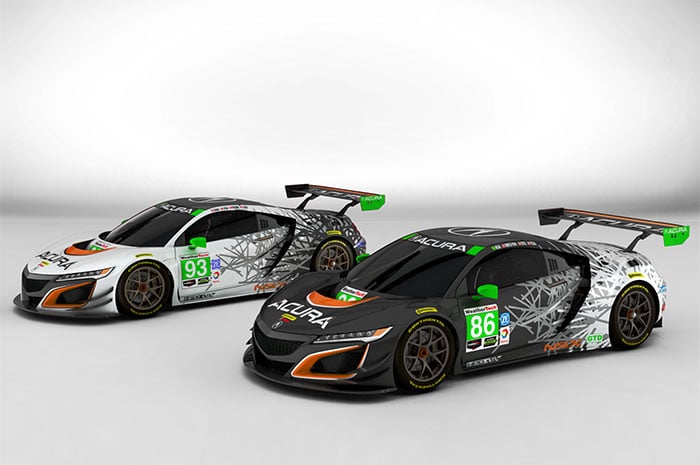 The livery worn on racing cars can become the stuff of legend if done right. Think the Gulf racing liveries for instance. Acura has unveiled the racing livery for its new NSX GT3 racers and the two cars are rather opposite of each other. One of the GT3s has mostly white with black and grey designs on the rear.

The other is mostly black with white and grey. The designs on the back remind me of ice crystals, which may well be what Acura was going for because these are seriously cool racing cars. One of the GT3s wears number 86, a tie in to the 1986 founding of the Acura brand.

The other car wears the number 93 commemorating the founding year of Honda Performance Development. Both of these racers will take to the grid at the Rolex 24 at Daytona. The racing cars are RWD and pack a twin-turbo V6 making about 500hp to meet class rules.