A new project has turned up on the crowd sourced funding site Kickstarter called the Acton M Scooter. The device is an electric three-wheel Scooter designed for last mile commuting. The electric scooter is also intended to be easy to maneuver inside stores for running errands, at work in an industrial environment, or for fun outside cruising around the neighborhood. 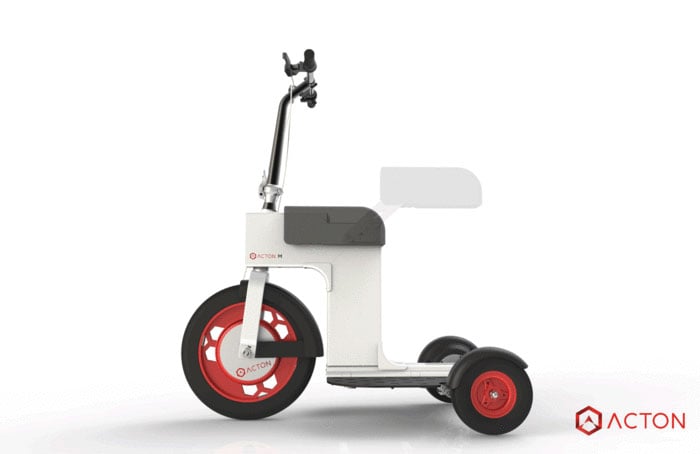 The scooter is designed so that it occupies less than 50% of its volume when folded. The scooter is designed to be ridden standing up or sitting down. The seat has two positions with one putting it further from the handlebar for comfort while sitting and another designed for standing. The pictures also show that the device can be used by one person sitting down in another standing up at the same time. 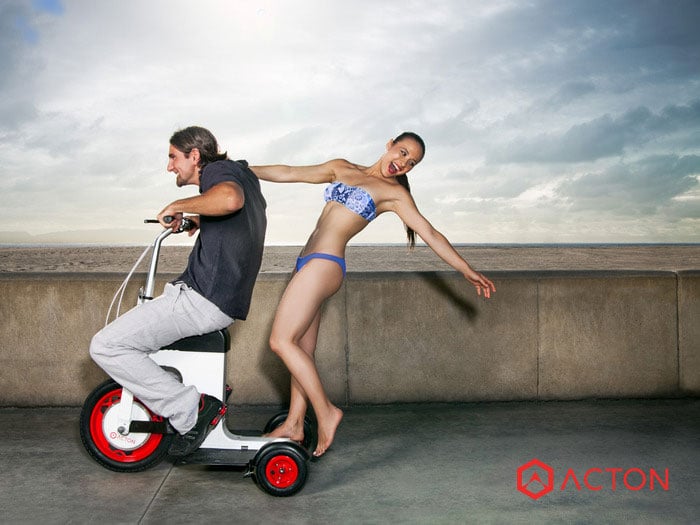 The scooter will offer swappable power modules to expand its driving range and an all wheel braking system for safer stops. The scooter also has an ignition key for security and a storage tray for belongings such as mobile phones. The scooter isn’t exactly cheap at $999 via Kickstarter or the early bird special. Pricing for the scooter goes up from there with a normal price of around $1399 after the early bird special expires. The project is seeking $55,000 and has so far raised $30,877.