Actiontec Electronics has announced the launch of a new product called the ScreenBeam Pro Wireless Display Receiver. The device is the first WiDi 4.1 receiver that will work in conjunction with the fourth-generation Intel Core Processors. The receiver allows users with computers that support Intel WiDi or Miracast-certified devices to wirelessly transfer content on their laptop or desktop computer screen to a big-screen TV in the living room. 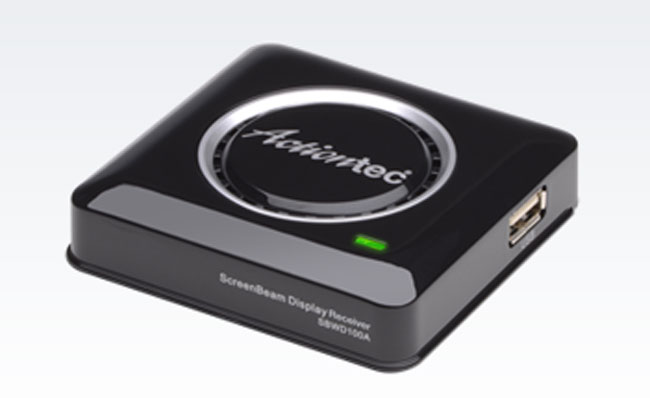