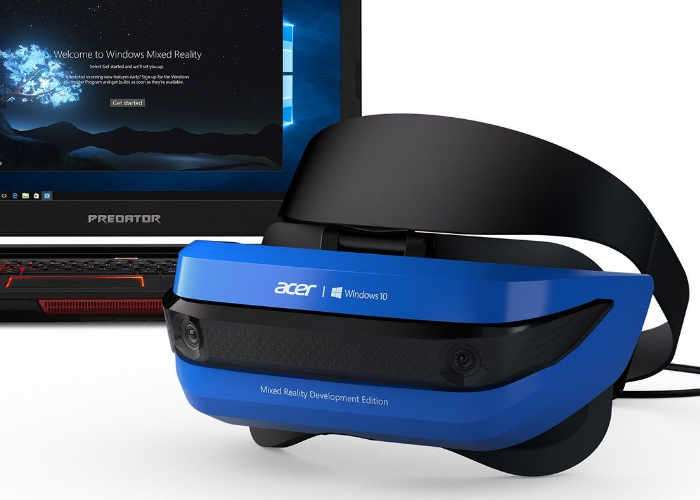 Acer has developed a new virtual reality headset specifically for the Windows 10 operating system, which is aptly named the Acer’s Windows 10 headset and will be soon available to purchase by consumers for around $300.

The more affordable price point when compared to the Oculus Rift and HTC Vive both of which cost around $800 to purchase with motion controller hardware. Could open up an avenue for virtual reality to be enjoyed on a consumer level without huge outlays on both the VR hardware and high-powered PC rigs needed to run the applications and games.

Acer has equipped their VR headset with two cameras on the front which have been added to track your environment and head position without the need for external sensors, used by the more expensive VR hardware. The technology has been named “inside out” tracking, is an offshoot of what Microsoft developed for HoloLens. watch the video below to learn more about the mixed reality technology.

Feeling present in your environment is a key aspect of mixed reality, where you can move, interact, and explore in the most natural way possible. Learn how Microsoft HoloLens and some headsets powered by Windows 10 use inside-out tracking to unlock world-scale experiences.

This week Engadget has posted a review of the new Acer’s Windows 10 headset which can be read in full by following the link below.