Microsoft hasn’t yet hit a stride with Windows Phone 7. The OS is still far from the top of the sales charts when it comes to smartphones. Microsoft is still tweaking the Windows Phone 7 OS and has already been talking up the Mango update set to land later this year. Microsoft also recently announced three partners for Windows Phone 7 and one of them was Acer. 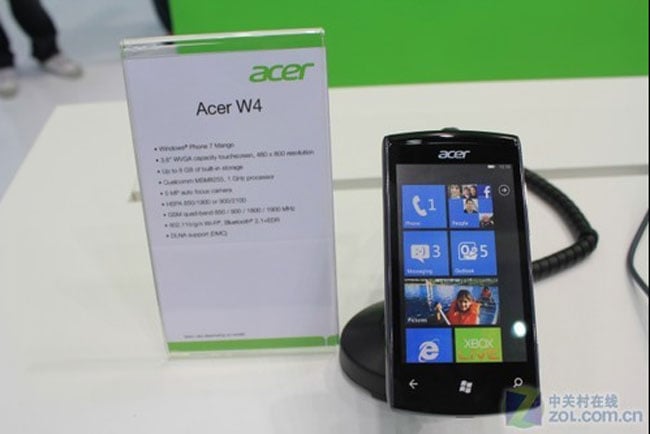 Acer has shown off the specifications for the W4 Mango smartphone that will be coming later this year at Computex. The new smartphone has a 3.5-inch WVGA screen with capacitive touch. The resolution of that screen is 480 x 800. The smartphone also has a 5MP rear camera.