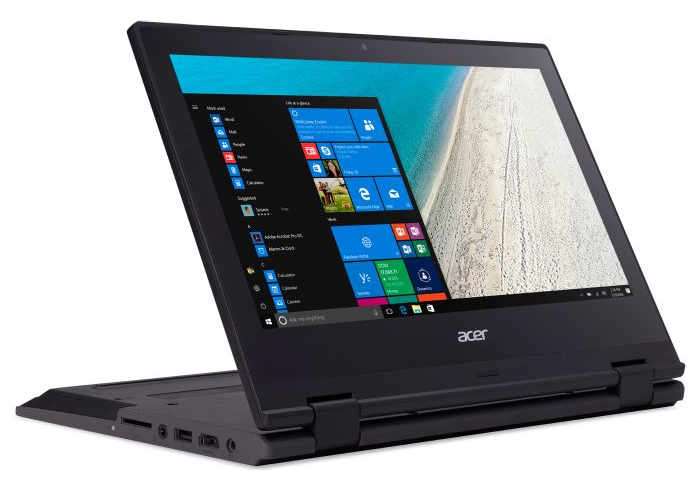 Wasting no time after the announcement of the new Windows 10 S operating system by Microsoft last night, Acer has unveiled its first notebook system the TravelMate Spin B1 which will come preloaded with the lighter version of Microsoft’s latest Windows OS.

The TravelMate Spin B1 is equipped with 11.6 inch display offering a resolution of 1080p and is powered by an Intel Celeron processor supported by Intel Integrated Graphics with 4GB of RAM and 64GB of storage. 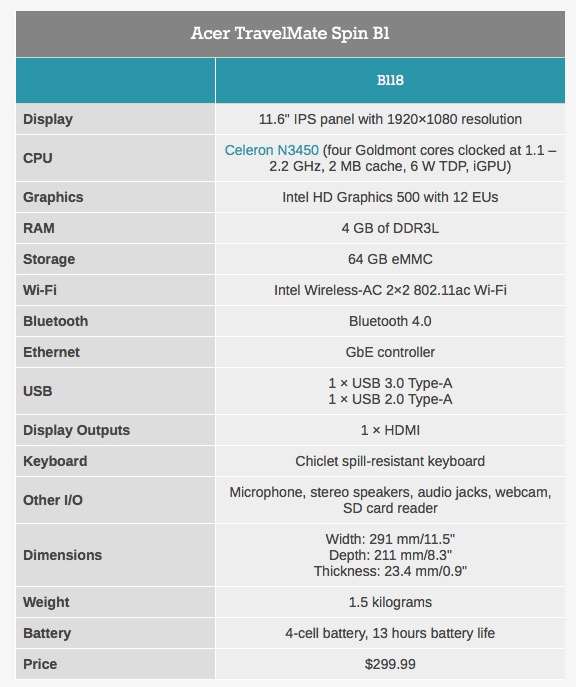 During its announcement, Acer explained that the new notebook is capable of running for 13 hours on a single charge and will be available to purchase later this month with a starting price of $300.

Unfortunately, Acer is keeping the TravelMate Spin B1 out of the hands of consumers and will be only making it available to educational establishments and retail partners.