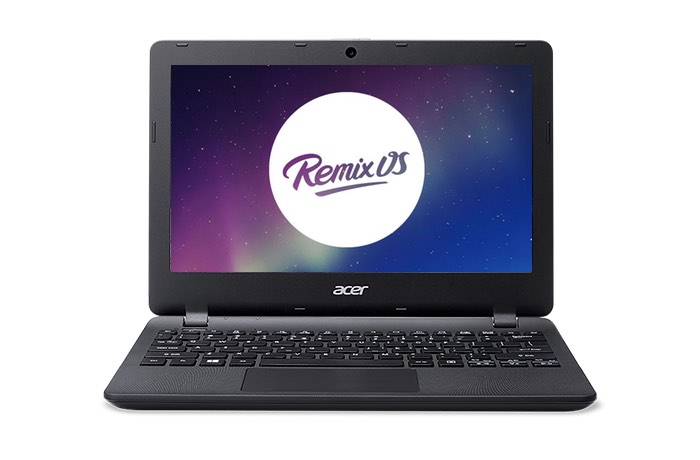 Acer has this week unveiled plans to launch a new laptop system that will be equipped with the awesome Remix OS software rather than the standard Microsoft Windows 10 operating system that has already been included on the Acer Aspire ES1-131.

The Remix OS Acer Aspire ES1-131 will be first launch in China, and at the current time Acer has not announced whether it will be available elsewhere in the world or pricing.

To recap the specifications for the Acer Aspire ES1-131 laptop include a Intel Celeron N3050 processor Dual-core 1.60 GHz processor which is supported by 2 GB of DDR3L SDRAM together with Intel HD Graphics with Shared MemoryAnd 32GB of internal storage provided by a solid state drive (SSD). Other features include connectivity via Gigabit Ethernet, 802.11b/g/n WiFi, and Bluetooth 4.0.

Jide creators of the Remix OS operating system which is based on Android-x86 a port of the Android operating system explained that the Remix OS version of the ES1-131 as a “concept laptop” that “will be released on a limited basis” initially in China. As soon as more details about worldwide availability and pricing are released by Acer we will keep you up-to-date as always.