Acer’s first Google Android mobile phone, the Acer Liquid A1 has now gone on sale in the UK, although the specifications are slightly different than were originally announced.

The Acer Liquid A1 was supposed to feature a Qualcomm 1GHz Snapdragon processor, it looks like Acer have under clocked the processor to 768MHz, probably to save on battery life. 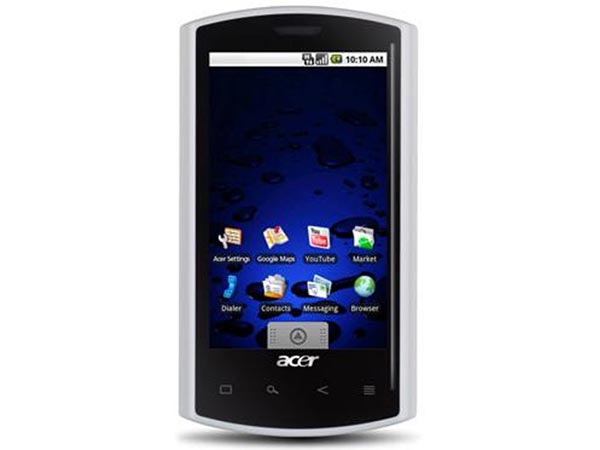 Other features include a 3.5 inch capacitive touchscreen display, with a resolution of 480 by 800, a 5 megapixel camera with built in autofocus and digital zoom, a 1350 mAh battery, anc connectiviry comes int the form of 2G, 3G, HSDPA and HSUPA.

The Acer Liquid A1 smartphone is available to buy without a contract for £339.99 from Expansys. Have a look and our article on Android vs iPhone to see which smartphone and mobile platform is best for you.