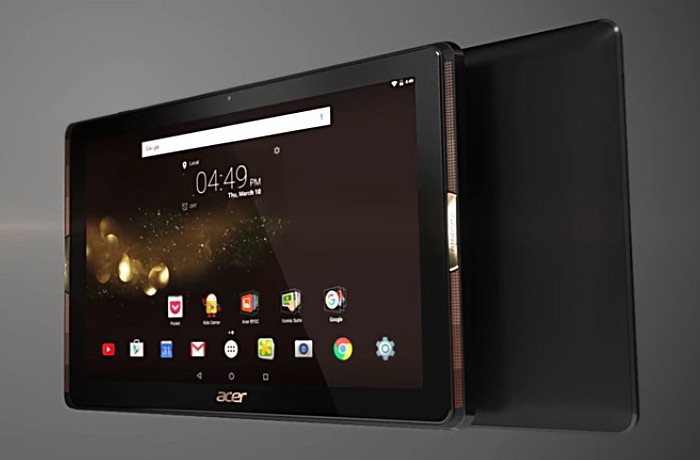 The Acer Iconia Tab 10 is powered by a 1.5 GHz MediaTek MT8163 64-bit quad-core processor which is supported by 2GB of RAM and 32GB of storage, which if your budget will stretch is expandable up to 128GB.

Other features include 2 megapixel front facing camera for video calling, together with a 5 megapixel rear facing for video and photographs. Check out the video below to learn more about this 10 inch full HD display tablet that is equipped with four front facing speakers and MediaTek’s MiraVision technology and DTS-HD Premium Sound explains Acer.

Unfortunately Acer has not revealed any other markets where the Acer Iconia Tab 10 tablet will be available at the current time but as soon as any more information is made available we will keep you up-to-date as always.