Acer has this week unveiled a new addition to their range of Android tablet with the launch of the Acer Iconia A1-810 which is equipped with a 7.9-inch IPS display sporting a resolution of 1024 x 768 pixels.

The Acer Iconia A1-810 tablet is powered by a 1.2GHz MediaTek MT8125 ARM Cortex-A9 quad-core processor, supported by 1GB of RAM with 16 GB of onboard storage. 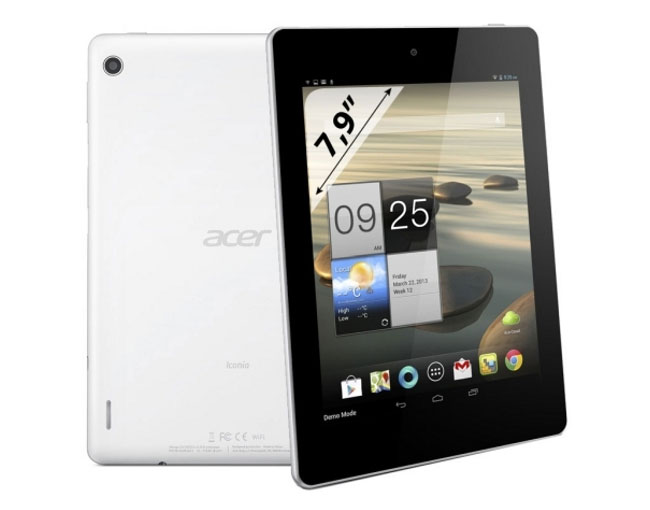 Other features of the Acer Iconia A1-810 tablet include a 3,250 mAh battery with Wi-Fi, Bluetooth 4.0, and GPS connectivity and it is expected to ship with Google’s latest Android 4.2 Jelly Bean operating system installed.