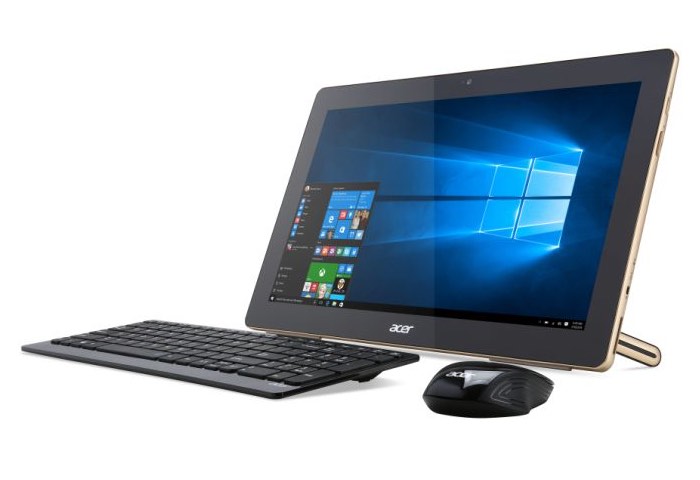 Acer has this week announced a variety of new additions to their range of computer systems one of which is the Acer Aspire Z3-700 all-in-one desktop computer that is equipped with a 17.3 inch capacitive multitouch display offering users a resolution of 1920 x 1080 pixels.

Acer offers the ability to install a variety of different processors from and Intel Celeron N3050, Celeron N3150, or Pentium N3700 Braswell processor and support them with up to 8GB of RAM

Acer also offers a number of different storage options including a 500GB hard drive or 32GB through 256GB of solid state storage. Unlike other all-in-one desktop computers Acer have equipped the Aspire Z3-700 with a rechargeable battery that is capable of providing up to 5 hours of use on a single charge. Acer has also equipped the system with a stylus allowing you to sketch and take notes directly on the screen when needed.

The Acer Aspire Z3-700 will be available before the end of the year priced at around €599 within Europe but unfortunately no details have been announced as yet as to when the system will be arriving in the US. But as soon as more details are announced by Acer we will keep you updated as always.