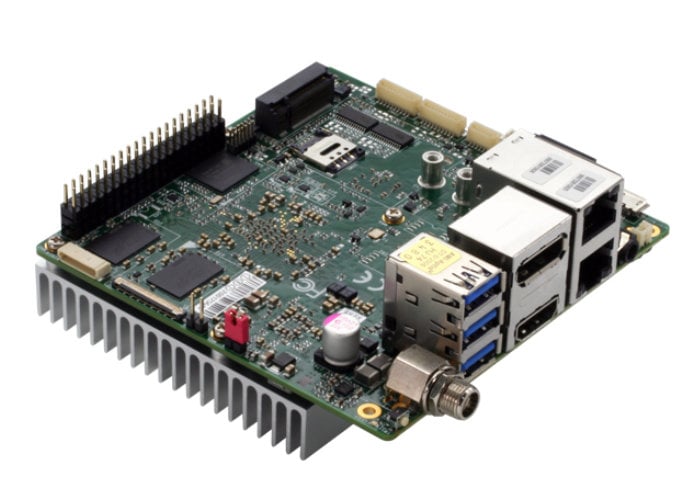 AAEON has this week started taking preorders for its new UP Squared Pro AI Edge accelerator which will start shipping later this month. The UP Squared Pro provides greater expandability thanks to three M.2 slots, including M.2 2230 E-Key, M.2 2280 M-Key, and M.2 3042/3052 B-Key. Prices start from $169 for the UP Squared Pro Celeron Duo Core 02/32 equipped with 2 GB of memory and 32 GB of eMMC storage. For the full range of available boards with prices up to $319 jump over to the official AAEON online store for special preorder pricing.

Based on the latest generation processors for Intel’s platform (formerly Apollo Lake), UP Squared Pro is the latest addition to our wide range of UP products. It is built for industrial use with multiple serial ports, multiple LAN ports, 5G support, and various M.2 expansion slots.

“The UP Squared Pro offers developers an up to date platform based on the popular UP Squared board, offering greater expandability and I/O features as well as support for 5G and AI accelerators. The UP Squared Pro is powered by the Intel® Celeron® N3350, Pentium® N4200 and Atom™ E3950 processors (formerly known as Apollo Lake) with up to 8GB of onboard memory to power automation or AI Edge Computing. 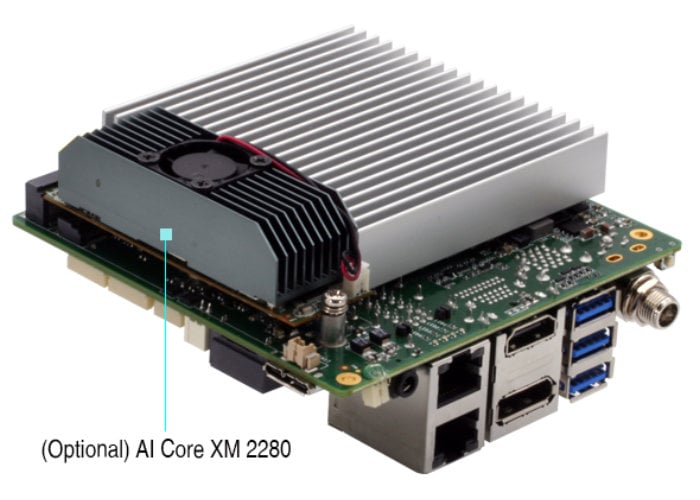 This lets developers and users to quickly add on functionality such as Wi-Fi and AI accelerators such as the Intel® Movidius® Myriad™ X. The UP Squared Pro also supports 5G cellular cards, allowing developers to take advantage of lower latency and higher speeds for wireless network deployment. The UP Squared Pro features a 40-pin HAT expansion as well, and offers expandable storage with SATA III connectors.

Specifications of the AAEON UP Squared Pro AI Edge accelerator :