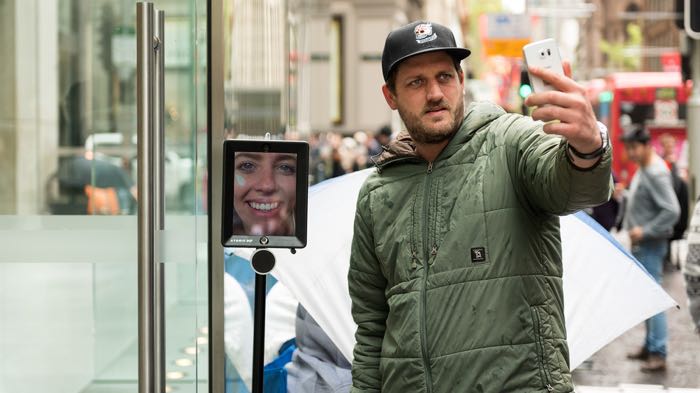 The iPhone 6S and 6S Plus will launch tomorrow, people around the world are already queuing up for the handset, although at one Apple Store in Australia, there is also a robot in the queue.

The robot who is waiting to get their hands on the new iPhone 6S is called Lucy, the robot is basically an iPad connected to a Segway type device. 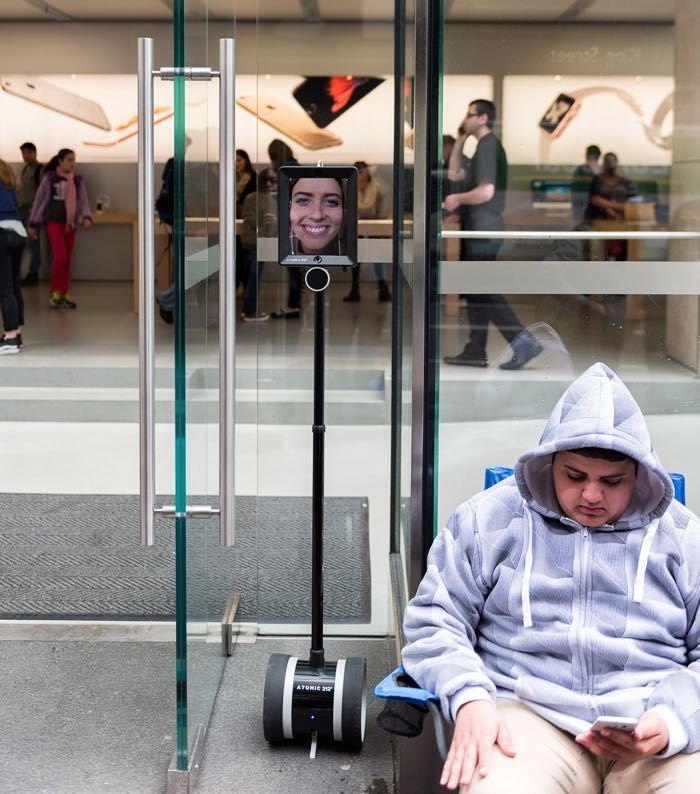 The robot is owned by Lucy Kelly and it is fourth in line at Apple’s flagship store in Sydney Australia, Lucy works for a company called Atomic 212, a media agency, who built the robot and use them in their offices, Mashable spoke to Lucy about her robot.

“We use them for everything, just to show new technology. It is a cool demonstration of what the future of technology will be,” Kelly told Mashable Australia. “We are obsessed with them.” She said it works by using an app that allows a person to connect from anywhere and communicate through the iPad. Kelly has been using it to communicate with her new friends in the line and inquisitive passersby. 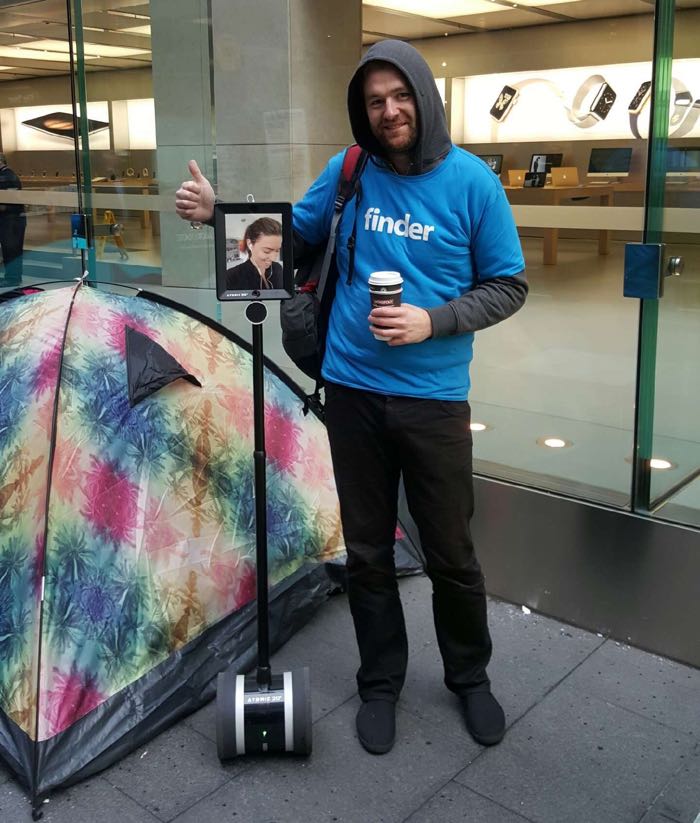 Lucy the robot will be staying outside the store overnight, she has her own tent with charging capabilities and the plan is to use the robot to purchase the iPhone 6S when it launches tomorrow.

It turns out that the robot was actually created by a company called Double Robotics.