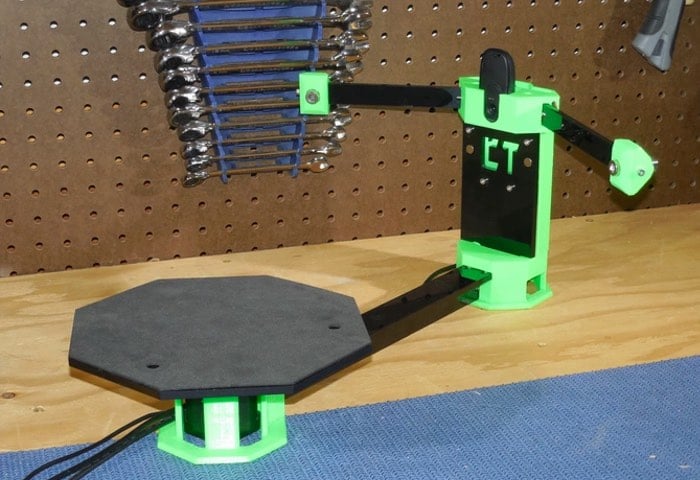 Makers and developers that have considered purchasing a 3D scanner to aid with their 3D printing projects or similar, might be interested in a new [project for a $99 open source 3D scanner that has launched on Kickstarter.

Created by Jason Smith the CowTech Ciclop 3D scanner has been created to provide an affordable way to build your very own desktop 3D scanner, check out the promotional video below to learn more about its inspirations and specifications.

The 3D printing revolution has come, and it’s time for 3D scanning to follow. The CowTech Ciclop is a RepRap 3D scanner with a large scan volume, simple, yet elegant design, and a disruptive price point that blows any other laser scanner out of the water. The user prints the plastic parts on their own printer in any color and resolution they choose, and can assemble the scanner in less than 30 minutes.

Then, simply take any object you want to replicate, set it on the 200mm laser cut acrylic turntable, and start scanning. We wanted to make sure our product was usable for anyone who owns a 3D printer, so we meticulously designed our parts for a print bed volume of only 115mm x 110mm x 65mm (4.5 x 4.3 x 2.6in) so they can be produced on even the smallest of printers.

Laser scanners are a very common type of 3D scanner that use a pair of line lasers that flash in succession in combination with a camera and a rotating turntable. As the lines flash on the object, they trace the outline of the object in red light. The camera then picks up the location of the laser lines in 3D space, converting those lines into hundreds of thousands of points, and as the turntable rotates, every side of the object is scanned into a cloud of points, which can then be stitched together to form a mesh that replicates the surface of the object with up to 0.5mm precision. 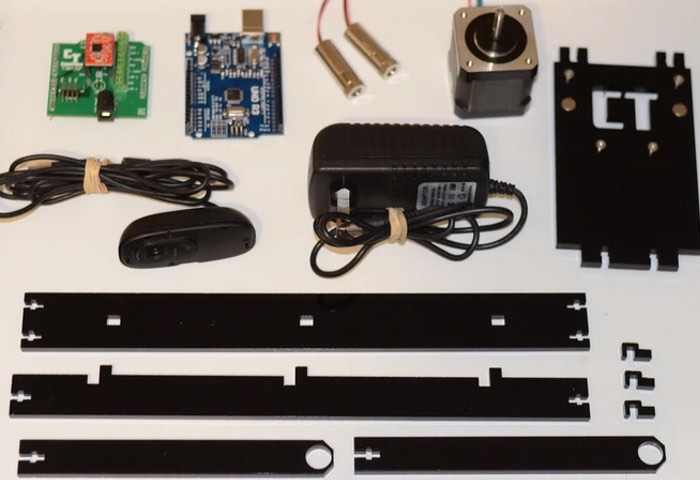 The CowTech Ciclop open source 3D scanner project is currently over on the Kickstarter crowd funding website looking to raise just $10,000 in pledges to make the jump from concept to production.

So if you think CowTech Ciclop 3D scanner is something you could benefit from, visit the Kickstarter website now to make a pledge and help this awesome $99 open soruce 3D scanner become a reality.