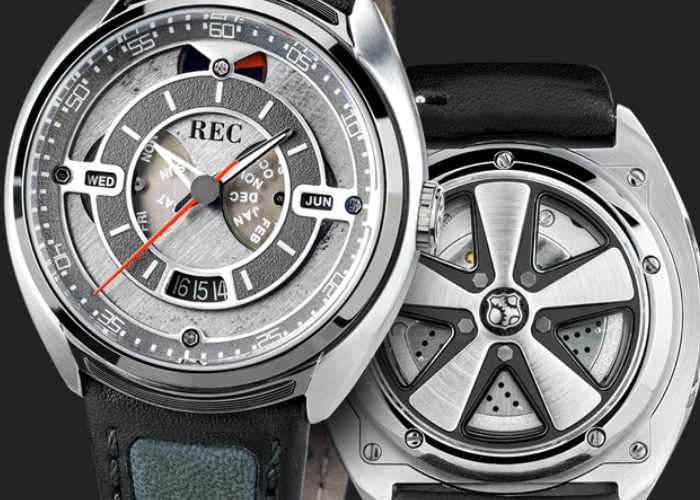 Porsche fans looking for the perfect addition to their wrist may be interested in the new 901 Collection watch which are constructed from salvaged Porsche 911’s and recycled Porsche parts.

Watch the video below to learn more about how the unique Porsche automatic timepieces are created using recycled Porsche parts by REC Watches based in Copenhagen, Denmark. 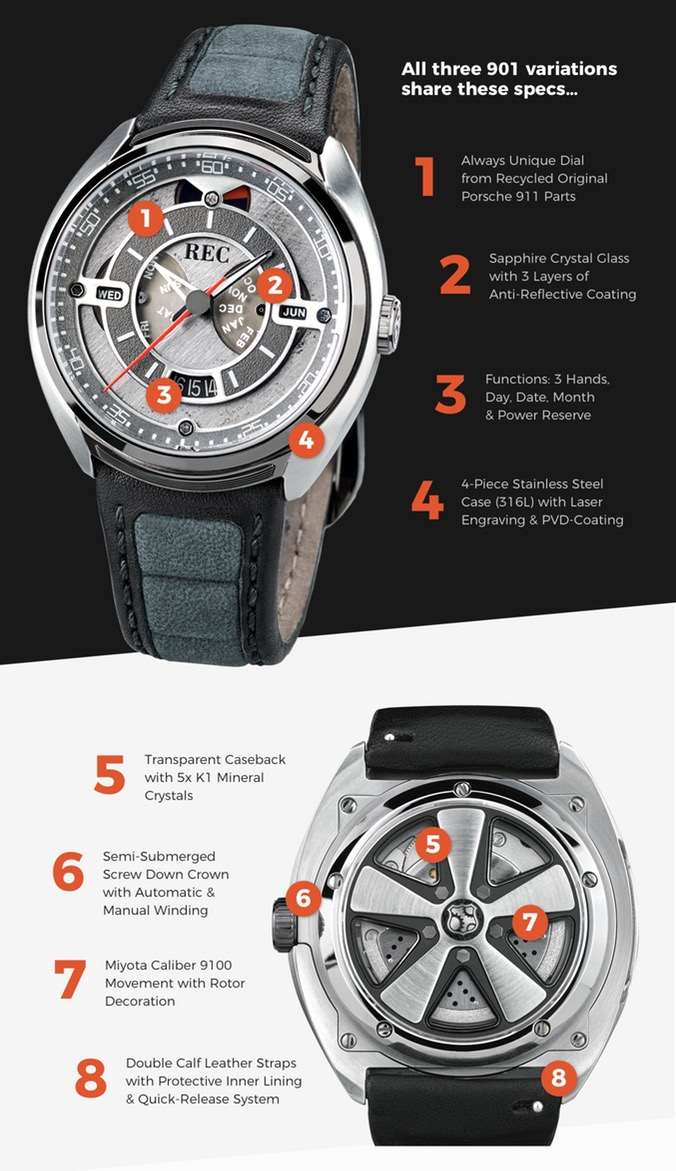 Finally we’re delighted to present a collection which features handmade materials, high quality components and a design that pays tribute to the timeless car-design originally created by Ferdinand Porsche. Very few cars possess the kind of legacy the Porsche 911 does, and the following hardly scratches the surface of the rich backstory and pedigree of this fantastic vehicle. For a fuller history of Porsche and the 911 we highly recommend the works of Brian Long and/or Karl Ludvigsen.

The 911 itself traces its roots to sketches drawn by Ferdinand “Butzi” Porsche in 1959, son of Ferdinand “Ferry” Porsche. The Porsche 911 was developed as a more powerful, larger, more comfortable replacement for the Porsche 356, the company’s first consumer car.

Almost immediately after it went on sale in September 1964 (as a 1965 model) the 911 established itself as an icon of ‘60s cool. Then it segued gracefully into being an icon of ‘70s performance, then an icon of sophistication and affluence in the ‘80s, followed by becoming an icon of athleticism and power in the ‘90s and is now simply the definition of German sportscars manufacturing.