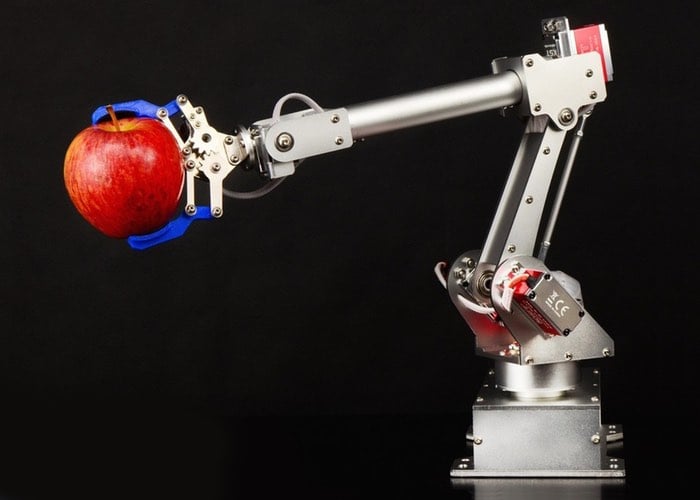 Makers and developers that are looking for a helping hand May be interested in a new smart robotic arm that has been created by 7Bot and is equipped with computer vision and state-of-the-art artificial intelligence, says creators.

The 7Bot robotic arm launched on Kickstarter just over 30 days ago and has two days remaining on its campaign and has already raised over $260,000 thanks to over 530 backers.

Watch the video below to learn more about the smart robotic arm that can learn, see and even think.

Robot arm is always considered geeky and pricey. One of the most popular robots, IRB 2400, will set you back $50K+ and you will need an engineering degree to program it.

We believe that robot should be for everyone. So we developed a miniature of IRB 2400 at half the price of an iPhone. And you don’t even need a single line of code to teach it how to move!

For more information on the new 7Bot Robotic Arm jump over to the Kickstarter website for detailsAnd to make a pledge from $347, but don’t delay as the Kickstarter campaign will come to an end in just three days.