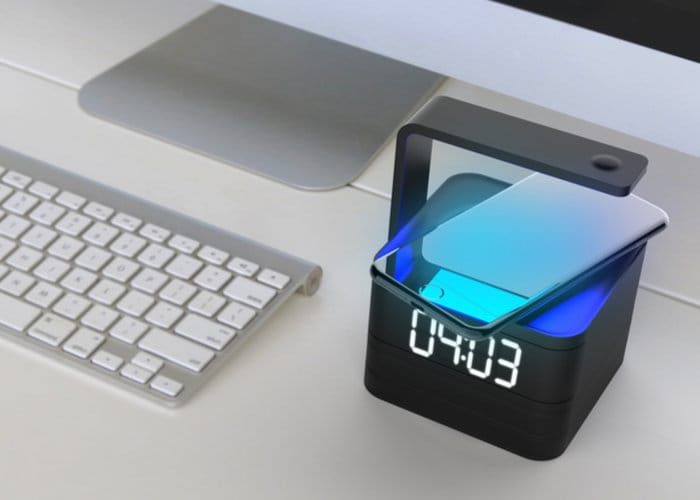 A new wireless smartphone charger has been created and launched via Kickstarter this week by the development team at 404LAB based in New York. The 6IX wireless smartphone charger not only charges your mobile device but also includes and ultraviolet LEDs steriliser and lockbox. Watch the demonstration video below to learn more about the wireless charger which is this week launched via Kickstarter with the aim of raising $50,000 over the next 30 days.