We have featured lasers created by Wicked Laser before here on Geeky Gadgets popping balloons, but now the company has decided to combined six lasers and create the very first laser Gatling gun prototype.

Before you start running to grab your wallet unfortunately the six laser Gatling gun is just a prototype and is not for sale or manufacture. But you can learn more by watching the video after the jump as well as seeing it cut through a horde of nasty balloons. 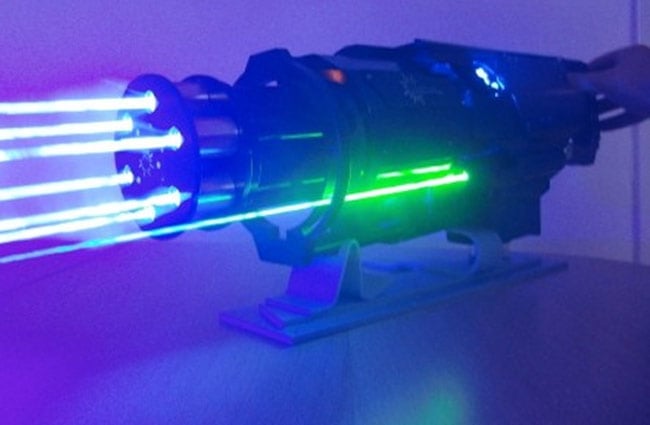 The spinning lasers are triggered by radio remote control using a transmitter is in the main body of the gun, while a receiver is in the turret.