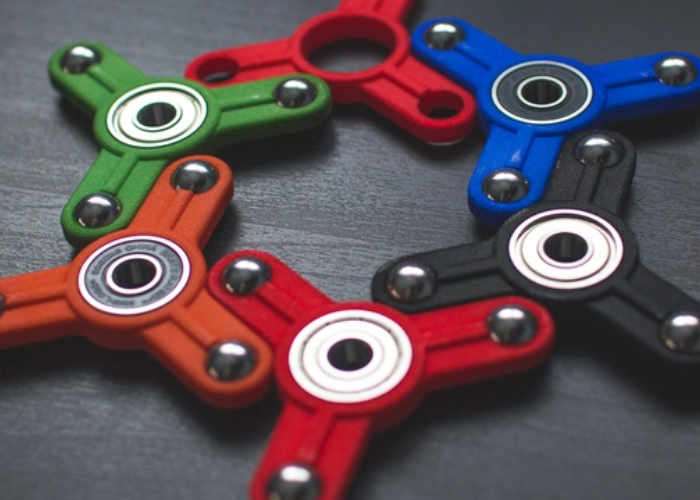 If you are looking for a quality Fidget Spinner to help you focus whilst at work, rather than relying on a pen or other desktop peripheral. You may be interested in a new Kickstarter object which is launched this month for the Five Dollar Fidget Spinner, which has been created by Sean Hodgins.

Check out the campaign video below to learn more about the fidget spinner and how you can get your hands on one, with shipping expected to take place during May 2017.

Sean explains a little more about the inspiration behind his affordable fidget spinner which is now available to backfire Kickstarter by following the link below.

Fidgets are all the rage right now. They’re being 3D printed, machined, glued together, you name it! I didn’t even know how much I would enjoy using one until I made my own. Not only are they extremely fun to play with, evidence shows that they can have extremely therapeutic effects. Fidget spinners have been shown to relieve anxiety, increase concentration, and help with social disorders such as ADD and ADHD.

Well, first off, I originally made my own because that is what I do. I make stuff. While I was making them I was constantly being contacted with requests to send one to “this child” or “this friend” who could really use one. It made me realize that there were a lot of people in need of a device like this, but without the means to make their own or buy one for the cost that is currently available.