Pininfarina that a well-known for its automotive designs has this week unveiled a new inkless pen it has created in the form of the 4.EVER Pininfarina Cambiano.

The 4.EVER Pininfarina Cambiano inkless pen is a machined aluminium stylus pen which has a solid barrel rather than a nib, and writes using a metal alloy called ethergraph. 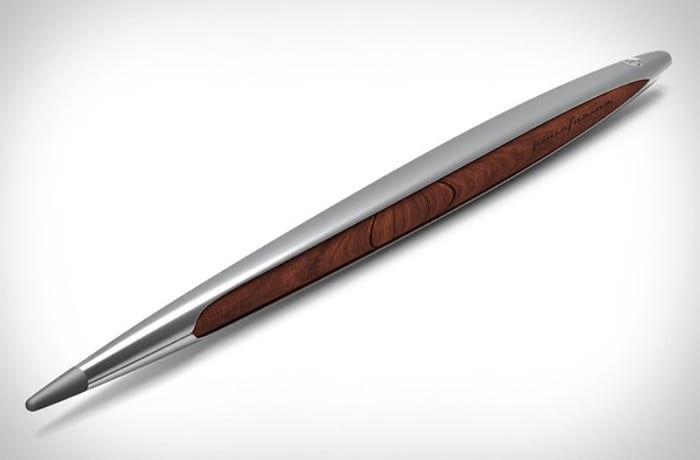 Pininfarina says their new 4.EVER Pininfarina Cambiano inkless pen will write forever and as you write tiny amounts of this metal are deposited onto the page. Pininfarina explains :

“The revolutionary writing instrument, born from the collaboration between Pininfarina and Napkin and completely hand made in Italy from master craftsmen, has a precise stroke like a pencil but it cannot be erased like the one traced by a pen.

Pininfarina conferred to the tool a strong stylistic identity able to enhance the technological tools.Taking inspiration from the Cambiano concept car, elegant and essential lines have been created that, thanks to the combination of innovative and classical material, as the aluminum and the wood, confer a unique character to the object”

For more information on the new 4.EVER Pininfarina Cambiano inkless pen jump over to the Pininfarina (PDF) document for details.