3M has released details of a tiny Micro projector that is designed to be used inside mobile phones. 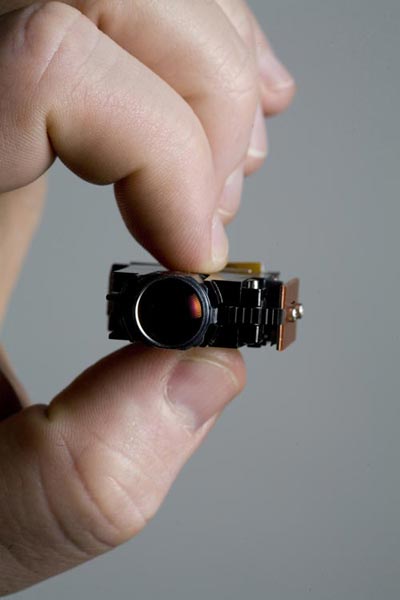 As you can see from the picture the projector is tiny, measuring just half an inch thick,

According to 3M this tiny projector engine can be integrated into many personal electronic devices, including mobile phones, personal media players, handheld gaming consoles and cameras.

The mini projector engine is capable of projecting a 40 inch image at VGA resolution.

3M have stated that a number of manufactures will be launching products in 2008 with their mini projector engine built in, and they will be showing off this new engine in action at CES next week.