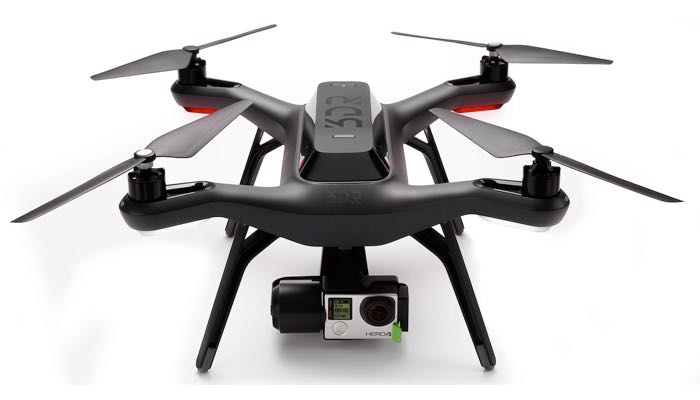 3D Robotics has announced the launch of a new drone which the company calls a smart drone, the 3D Robotics Solo.

The 3D Robotics Solo drone comes with a range of features and it will retail for $999 have a look at the video below.

“Solo is a breakthrough in intelligent flight. It’s not just smarter so that it can do more; it’s smarter so that you have to do less. We’ve turned the Hollywood toolkit into software, and allowed everyone to experience epic video, both behind and in front of the camera.” — Chris Anderson, CEO 3D Robotics

SoloTM provides a best-of-breed flight experience and unprecedented ease of use by tapping the processing power of twin Linux® computers, technology that has enabled 3DR to make radical breakthroughs in autonomous flight and camera control. As the first drone designed with every aspect of the photographer’s experience in mind, Solo can define its own flight, freeing users to focus on getting the shot. This intelligent drone is also the first to support full control of GoPro® cameras and deliver live-streaming HD video straight to mobile devices or through the controller’s HDMI port.

The 3D Robotics Solo drone will go on sale in the US on the 29th of May, you can find out more details about the device at the link below.