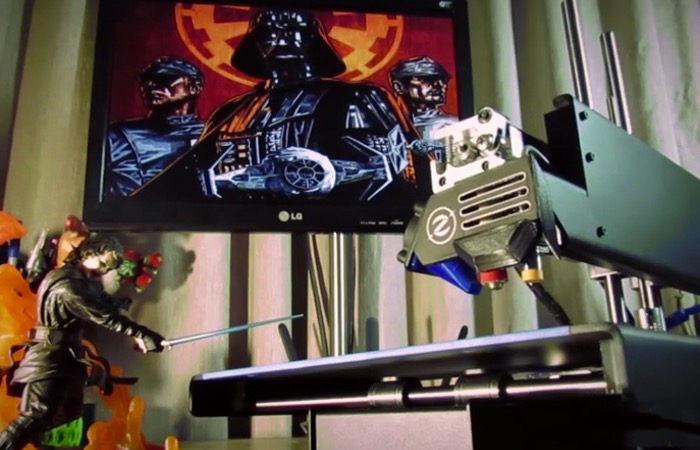 We have featured many 3D printers here on Geeky Gadgets over the last few years, as well as also featuring floppy drives that have been rigged to be able to play tunes such as ‘The Imperial March’ from ‘Star Wars.

Now one intrepid 3D printer owner has been able to rig their 3D printer stepper motors to play the iconic Imperial March from the Star Wars films, providing a much more enhanced audio version when compared to the floppy drives, check it out after the jump.

Any 3D printer is apparently capable of reproducing audio by using a hacked MIDI file and then converting it to the language of the intended 3D printer. Enabling the stepper motors and other moving parts to recreate the specific notes of the music. Which I think is easier said than actually done, having not tried it myself but i could be wrong.

Thankfully the creator of ‘The Imperial March’ from ‘Star Wars 3D printer audio, that was originally composed and conducted by John Williams. Has kindly published the 3D printer Gcode directly to the Thingiverse website making it available for anyone to download and use.

For more information on the new 3D Printer Gcode audio track from Star Wars jump over to the Thingyverse website for details via the link below.