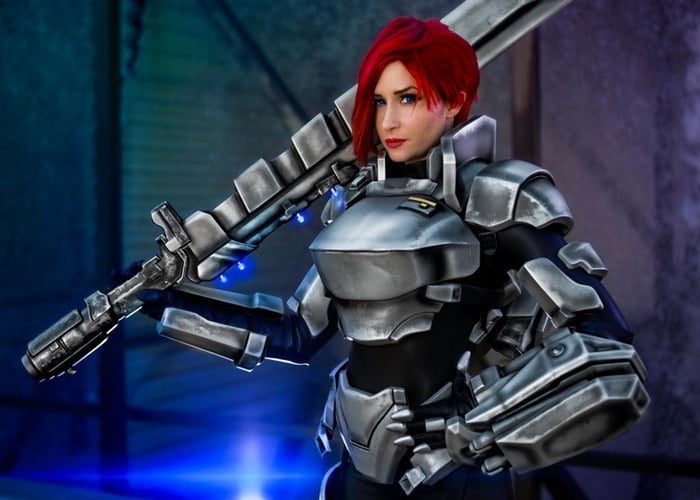 Bindi Smalls, aka Natasha Spokish and a fellow designer have created a cosplay outfit that was commissioned by Dark Rift Entertainment, to promote their new game Embers of War game at the recent PAX East event.

The team was given just one months notice to create the outfit, after which the company would require it for the launch of the new Embers of War game, that was officially announced just a few days before PAX East started.

Check out the video below to learn more about the printing process which took just one month thanks to an army of 11 3D printers that took the form of nine LulzBot TAZ 5 printers, a LulzBot Mini, and a Form 2 the printed for 1700 hours to create the plastic components which were then painted and combined to create the awesome set of cosplay armour. 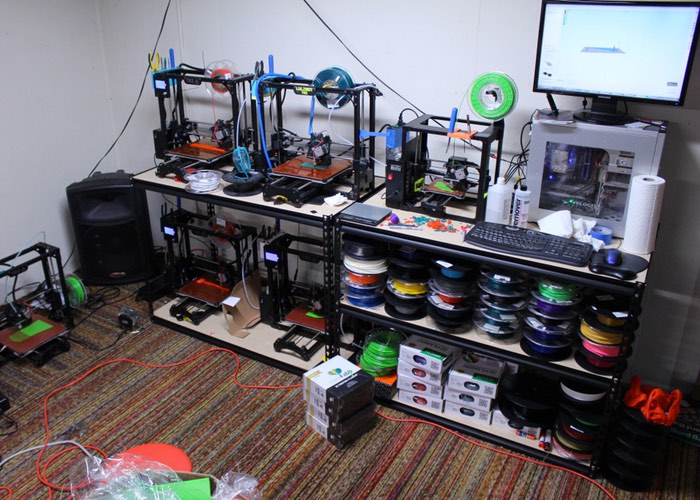 I’m Bindi Smalls, a cosplayer and armor/prop maker in the US! I use my 3D printers to make 99% of my props and armor. I’ve been cosplaying for about 3.5 years, and have been 3D printing for 3 years. I’ve loved every moment of it! For this project, we had all of our printers running — and then some! The total hours for 3D printing all the parts? 1700 machine hours. HOLY SH*T We printed all of this in eSun PLA. We prefer PLA versus ABS because ABS tends to warp when printing such large parts. Plus, PLA printed with 6 perimeters and 20-40% infill is EXTREMELY strong.