3M has developed an optical film which allows them to create 3D LCD panels that can be viewed without the need for 3D glasses.

The optical film has lenses on one side and a prism structure on the rear to reflect the images and create the 3D effect. 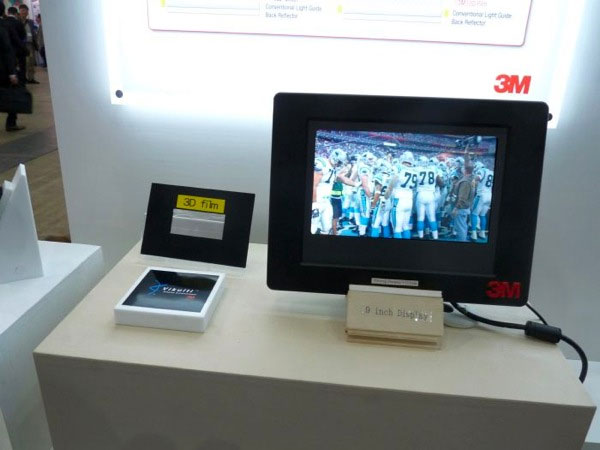 When fitted to a mobile device the 3D effect can be turned on and off to allow for normal use when you need to read text or similar.

3M has already produced a  9-inch and 2.8-inch LCD prototype panels and the company has suggested that it is gearing up production for the mass market.