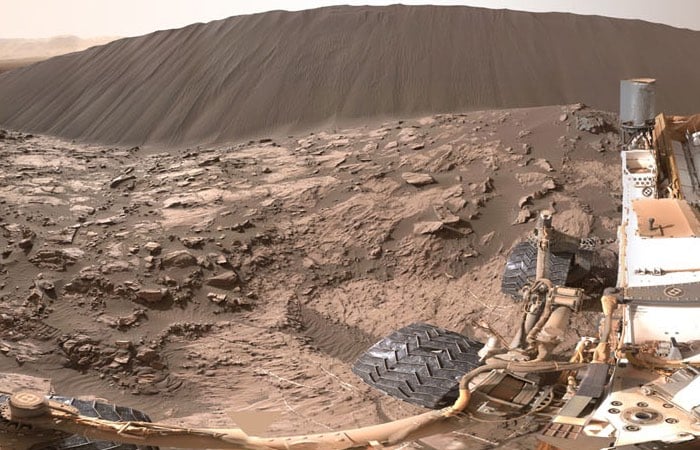 If you are interested in taking a closer look at the landscape of the planet Mars, NASA has this month released a new 360 degree image of Mars that allows you to explore the red planet without even leaving your armchair.

Check out the stitch together image from NASA’s Curiosity Mars Rover taken at Namib Dune in the video below. The images were captured by the rover on December 18th, 2015 using the Mast Camera – during the 1,197th Martian day, or sol on Mars. NASA explains more :

This view of the downwind face of “Namib Dune” on Mars covers 360 degrees, including a portion of Mount Sharp on the horizon. The site is part of the dark-sand “Bagnold Dunes” field along the northwestern flank of Mount Sharp. Images taken from orbit indicate that dunes in the Bagnold field move as much as about 3 feet (1 meter) per Earth year.

For more information on the new Mars images jump over to the official NASA website for details via the link below.