The guys at 3 Mobile Buzz have sent us a 3 Mobile Broadband Package to test out and review, as they want to let everyone know about a special offer they are running on their mobile broadband. 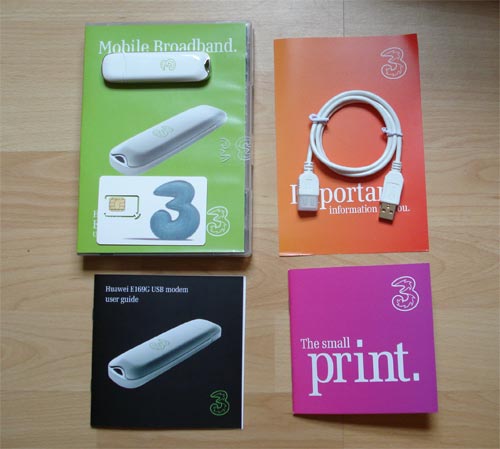 3 are offering their mobile broadband at half price if you sign up for an 18 month contract and are a new or existing customer on either Mix and Match or Unlimited Texter phone contracts.

The good thing about the package is that it automatically gives you free access to broadband in other countries, if you use your USB modem in Hong Kong, Australia, Austria, Sweden, Denmark, Ireland and Italy, you wont get charged anything extra than you would in the UK, the prices for roaming in other countries varies. 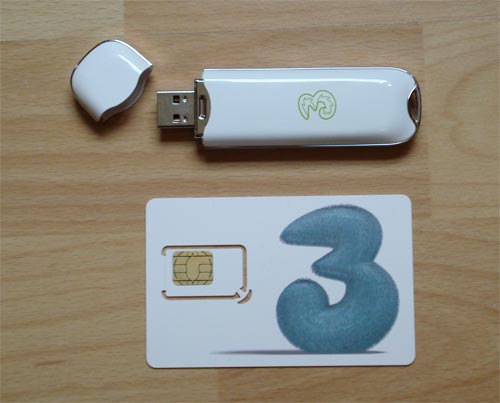 According to 3 the connection speeds via the USB modem will run at 2.8 Mbps in Turbo coverage regions, and 384 Kbps in Video coverage areas. With 85% of the UK living underneath a Turbo cloud you should have no problem surfing at speed, I will be testing the modem over the next couple of weeks around the UK and will let you guys know what the speeds are like.

The package you get is about the size of a PC game case (pictured above), and it includes the 3 mobile broadband modem and also a USB cable which you can use with the modem incase your USB ports aren’t easily accessible. 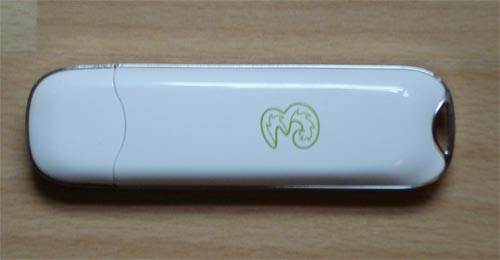 Setup is easy, there is no install CD and the software installs direct from the USB modem, after about two minutes it was up and running and I was able to connect to the internet. 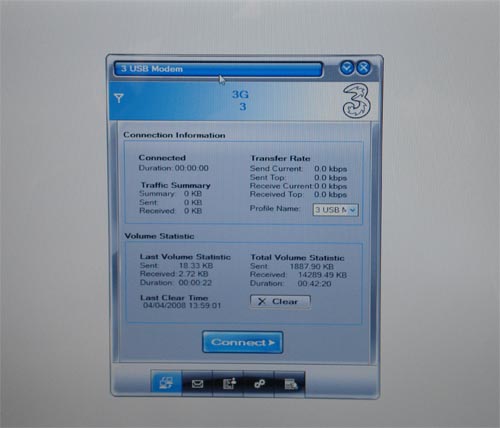 My initial tests were done in Cardiff, which is a major city so as expected the coverage was good and the speed was pretty good as well.

I have also tested it briefly in more rural areas and I was impressed with the connection speeds, I will write more about this in the next part of the review when I have had a chance to test it in more locations.

Overall my initial impression is that the modem works well, and data speeds are pretty good, mind you I have only tested it in a few areas so far so I will let you guys know how I get on testing it over the coming weeks.

For more details on the special offers available through 3 Mobile head on over to 3 Mobile Buzz.