When NASA’a Juno spacecraft is hopefully launched tomorrow on its journey to Jupiter, the spacecraft will be carrying a rather strange cargo of three 1.5 inch tall Lego Minifigs representing Galileo Galilei, the Roman god Jupiter and his wife Juno.

NASA engineers thought it would be fun to include the three Lego Minifigs on the flight to Jupiter and Lego was pleased to help create the three Minifigs sculpted from solid aluminium at a cost of $15,000. 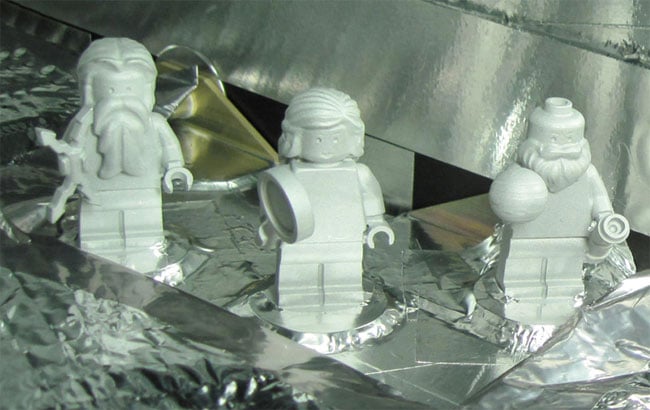 The Juno spacecraft is expected to arrive at Jupiter in 2016, and has been sent to investigate the gas giant’s origins, structure, atmosphere and magnetosphere, with Juno’s colour camera hopefully providing close-up images of Jupiter, and the first detailed footage of the planet’s poles.

More information about the Juno flight is available on the NASA website.