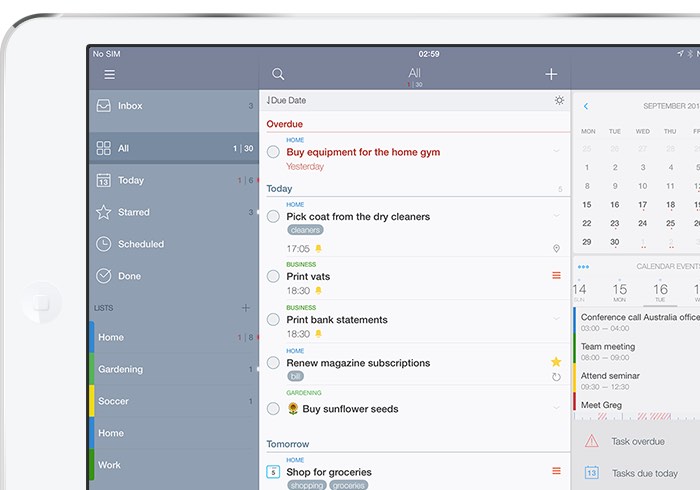 Later this month during August the excellent to-do list manager and planning service 2Do will be rolling out a new update to their service in the form of Push synchronisation.

The new Push Sync support will enable updates to the almost immediately synced across all your devices, removing the need to rely on the current synchronisation system to update intermittently in the background after you launch the application.

The developers that 2Do have announced that you can expect the new Push Sync support to arrive in just over a week’s time and is first going to be available for all iOS devices, starting with v3.5.1 of 2Do

We’re very excited to announce that for the very first time, 2Do will include support for transparent, background Push Sync. In simpler words, making a change on one device will (almost) immediately sync all of your other devices, transparently in the background. You no longer will have to rely on iOS to (in)frequently sync 2Do in the background, or wait for changes to appear after you’ve launched the app, including app badge updates.

This will work irrespective of which sync method you’re currently using, giving you the freedom to pick whatever sync method you prefer, including your very own CalDAV server (unlike other apps that force you into using their custom cloud storage just for this one feature to work). How amazing is that?

For more information on the new 2Do Push Sync jump over to the official blog website for more details via the link below.