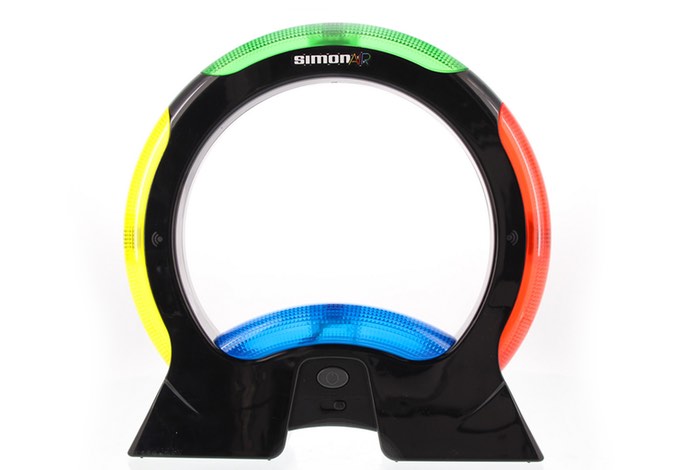 Hasbro has this week introduced a number of new next-generation additions to their range of games such as Simon Air, transforming iconic games into more futuristic versions of the 21st-century.

The iconic Simon memory game has now been transformed into a completely hands-free experience called the Simon Air which removes the need to press any of the coloured buttons as the sequences get harder and harder to remember.

Simon Air will be available during the fall of this year in time for the holiday season and will be priced at around $20. Other new games that have been during a 21st-century makeover include Monopoly and Bop It!

The latest design still sports the iconic trademark colours of the original game with a red, yellow, and green sensors on the exterior top and sides of the ring, and a blue sensor in the centre of the ring. Instead of pressing buttons or carrying out swipes as on previous version the new Simon Air players hover and make hand gestures over their choices.