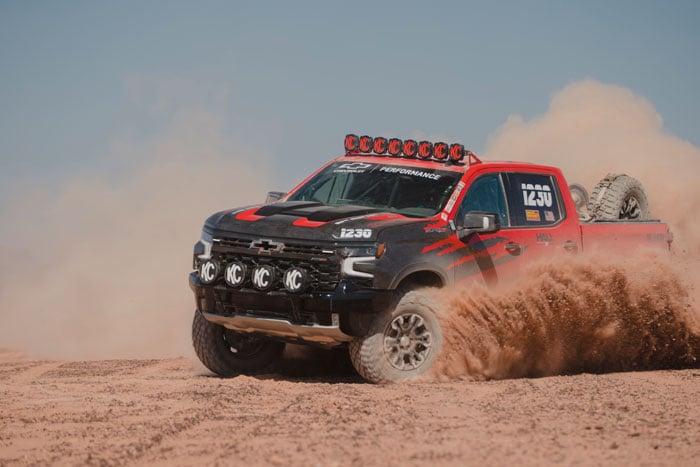 Earlier this year, Chevrolet unveiled a new trim level for its popular Silverado pickup. The trim is an off-road-tuned vehicle called the Silverado ZR2. the preproduction version of the truck was driven by Chad Hall in the Best in the Desert off-road racing series. Chevrolet notes that Hall has been working with the prototype ZR2 since 2019.

The team uses the grueling off-road racing environment to validate the truck’s performance in the most extreme conditions in the world. What they learned in the racing series is used to develop components for the production vehicle.

Since 2019, the prototype ZR2 has run in 10 sanctioned off-road races. For its race debut, the team updated the truck with official ZR2 sheet metal to match the production truck. Despite the new sheet metal, all other components are the same. Power comes from a 420 horsepower V-8 engine and 10-speed automatic transmission. Most major chassis and drivetrain components are directly from the production truck.