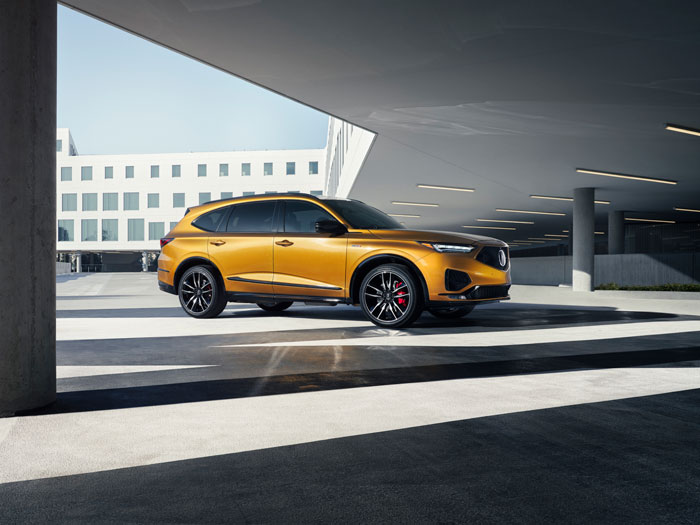 Acura has revealed the 2022 MDX Type S announcing that it will be the tow vehicle for one of the four racing cars it will use at the annual Pikes Peak Hill Climb in Colorado. The MDX Type S is the first SUV to wear the Type S badge from Acura and is the most powerful SUV Acura has ever made. The MDX Type S will tow one of the TLX Type S racing cars from the race team shop in Ohio to Colorado.

Once at the event, the SUV will be used to support the racing team. The annual Pikes Peak Hill Climb is one of the most challenging hill climb races in the entire world. The track spans 12.42 miles and has 156 turns up the side of a mountain where sheer drops off of cliffs away drivers who make a mistake.

Acura will field four racing cars at the 2021 running of the event. It has historically done very well at Pikes Peak, holding the hybrid class record of 10:01.913 set last year in the Time Attack Acura NSX. Acura also owns other records, including the Open division record of 9:24.433 set using an Acura TLX GT racing car.