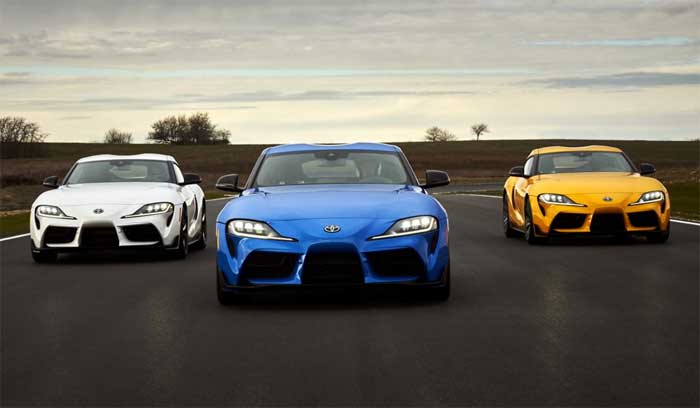 Toyota has officially announced the 2021 GR Supra 2.0 for the U.S. marking the first Supra to get a turbo-four. The Supra 2.0 promises to be 200 pounds lighter than the Supra 3.0 at 3,181 pounds. It has a 2.0L inline-four that uses a twin-scroll turbo, direct fuel injection, and continuously variable timing.

Top speed is limited to 155mph and fuel consumption will be better than the other car. The car has the same near 50:50 weight distribution as the 3.0 and features manually adjustable seats and a four-speaker stereo. Pricing is unannounced, the car will hit showrooms in June.