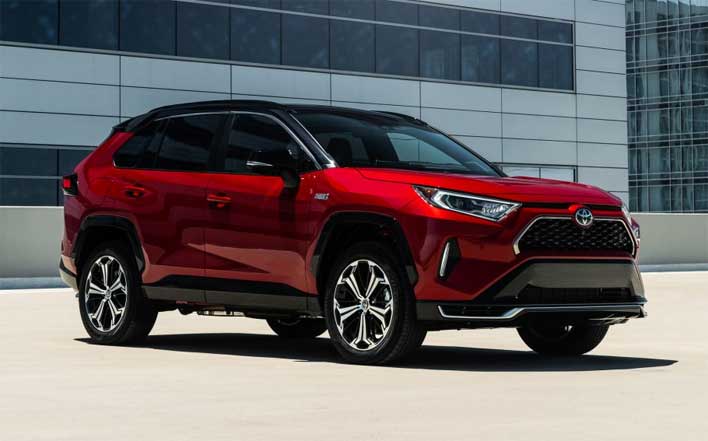 Toyota has a new plug-in hybrid electric version of the RAV4 that’s coming to market this summer. The vehicle is called the 2021 Toyota RAV4 Prime and will pack up to 302 hp. The vehicle can reach 60 mph in 5.7 seconds, making it the quickest four-door model in the Toyota line.

The vehicle is also able to drive 42 miles on electricity alone per charge. That range is the highest of any PHEV SUV on the market. Toyota expects the vehicle to have fuel economy of 94 combined MPGe. The 2021 Toyota RAV4 Prime also has an electric on-demand all-wheel drive. Two grades will be offered, including the SE and XSE.

XSE starts at $41425 and has multiple options packages that can up that cost. The only option for the base SE version the vehicle is a Weather & Moonroof Package that adds $1665. The full available options list can be seen on the 2021 Toyota RAV4 Prime press release.