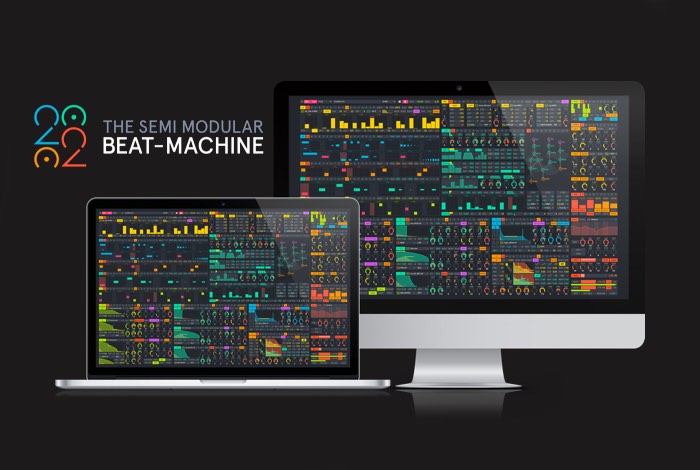 A new semi modular beat machine software package has been created for Apple Mac laptop sand desktops called 2020, which has been designed to provide the user with the ability to generate a million sound/sequence variations from a single, small idea and also generate entire beats using just one screen, without the need for scrolling or switching windows.

Check out the video below to learn ore about this new and unique way to create beats, tunes and music, which has taken to Kickstarter to raise €5,000 over the next 30 days.

Hello! I’m Yotaro Shuto, an electronic musician who performs in DUB-Russell. DUB-Russell is a Japanese electronic music group, started in 2010. All of our original sounds are created with Cycling ’74 Max software, and alongside our live performance, we use real-time computer improvisation – non-reproducible music.

DUB-Russell has performed frequently in Tokyo, along with international events including Sonar Sound Tokyo (2012), ELEKTRA16 (2015, Montreal), meme city (2015, Hangzhou), BRDG and more. And now, I will introduce you to the beat machine that I have been developing for the past 6 years. This development has been based on past performance experience, as well as my philosophy for beats and sounds.

For more information on the new 2020 semi modular beat machine software jump over to the Kickstarter website for details and to make a pledge from €59 for a copy.