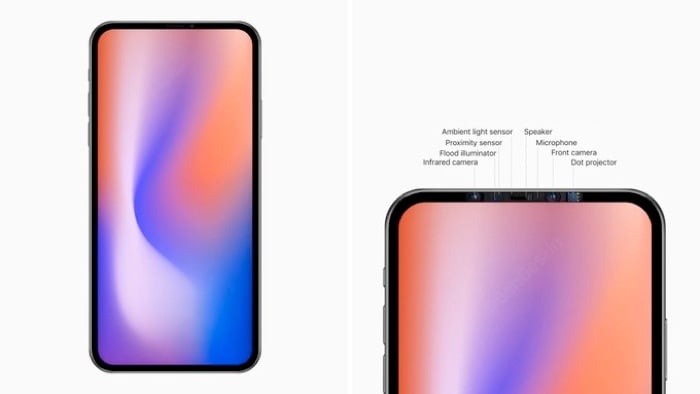 We previously heard a number of rumors about the 2020 iPhones, the main rumor was that Apple would be ditching the notch with next years iPhones.

The picture above with the notch built into the bezel was from Ben Geskin and now he has revealed that apple is testing out various solutions for Face ID and one of them may be a smaller notch for next years handsets.

Some of these solutions that are being tested will fit in the top bezel like in the picture whilst some of the other options would still require a bezel, which would be smaller than the current iPhone 11.

Apple will also apparently use new antennas in next years iPhone including the use a of new material.

Instead of plastic lines it will use a new material (glass, ceramic or sapphire) pic.twitter.com/69z02kSTa8

We are not expecting to see the new iPhone 12 handsets until September of 2020, as soon as we get more details about the handsets, we will let you guys know.