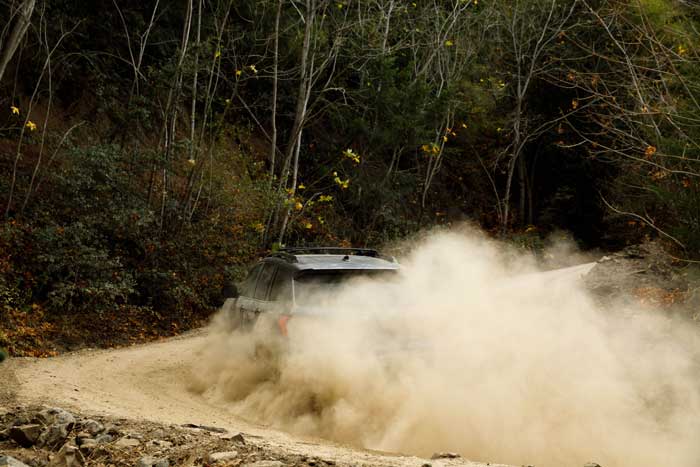 Honda has a new SUV that it is aiming at the weekend adventure crowd that will be coming to the LA Auto Show. The new SUV is the 2019 Passport, and Honda says it will sit in the line between the CR-V and the Pilot. The idea for the Passport was to build an SUV that was a daily driver with comfort but could go off-road on the weekends.

The Passport was developed in the US by Honda and will be built in the US in Lincoln, Alabama. Honda has offered no hard details or clear images of the Passport right now. We do know it will be available to purchase in early 2019.

It will be unveiled officially on November 27 with the reveal live-streamed on the Honda YouTube channel. “The new Passport is a more personal, powerful and off-road-capable SUV that hits the sweet spot between daily driving comfort and weekend off-road, all-weather adventure capability,” said Henio Arcangeli, Jr., senior vice president of American Honda Motor Co., Inc. & General Manager, Honda Division. “With customer demand for SUVs continuing to grow, the new adventure-ready Passport is going to further solidify our lineup, attracting new buyers and keeping existing customers in the Honda family.”