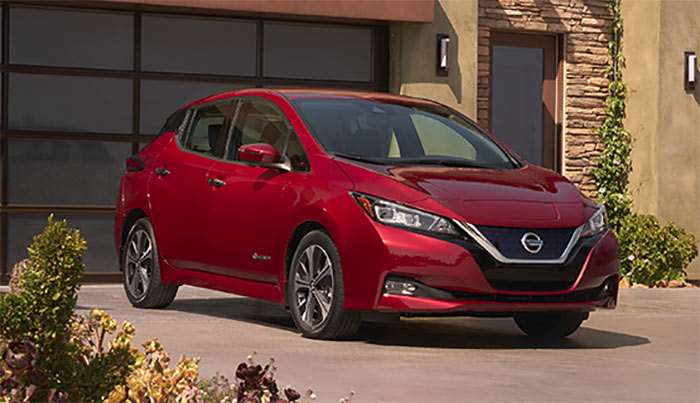 Nissan has officially unveiled the new 2018 Leaf and it looks like the other Nissan vehicles in the front with the boomerang headlights and style. It’s much better looking than the Leaf in previous versions making it more mainstream. The big feature of the EV is that Nissan claims a 150 mile driving range per charge. Nissan says that in the 2019 model year a version with a more powerful motor and larger battery will debut.

That version should be able to drive further per charge. The car has the Nissan e-Pedal that allows the driver to operate the car without using the brake pedal. The car will come to a full stop, even on a hill, and won’t move again until the throttle is pressed.

Nissan also integrates the ProPILOT system that helps reduce driver workload in certain conditions by handling acceleration, steering, and braking. Nissan notes that the system is a hands on system needing the driver to remain alert. Pricing will start at $29,990, $690 less than the 2017 Leaf starting price. It will be on sale in early 2018 in all 50 states.