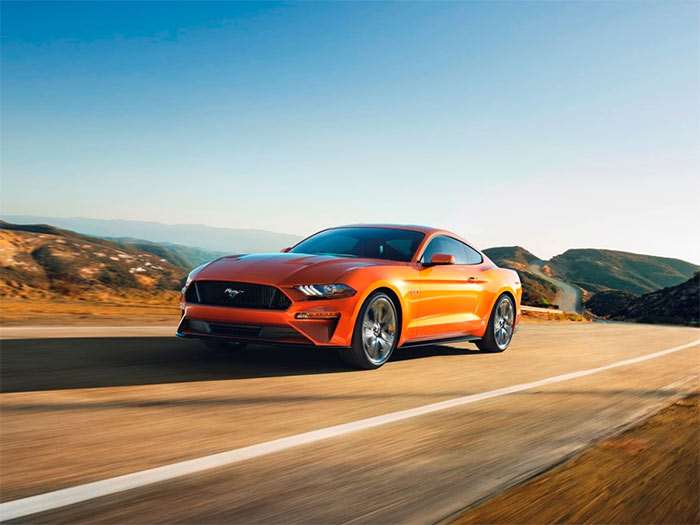 Mustang fans, this is a good day! Ford has announced that the 2018 Mustang GT is getting a serious power bump from the current Mustang’s 435hp and 400 lb-ft of torque. The 2018 Mustang GT will pack 460 hp and 420 lb-ft of torque under the hood. The power and torque increase came thanks to dual-fuel, high-pressure direct injection dn low pressure port fuel injection technology.

The Mustang can also be had with a 10-speed SelectShift automatic transmission. That transmission has special direct-acting hydraulic controls for faster upshift and downshift. It also has paddle shifters and five drive modes including a Drag Strip mode.

In Drag Strip mode the car can hit 60mph from a standstill in under 4-seconds. EcoBoost Mustangs also get a bump in 2018 with 310 hp and 350 lb-ft of torque. A new Performance Pack is also offered with Pilot Sport 4 S tires for better handling and grip. The 2018 Mustang configurator is live now.