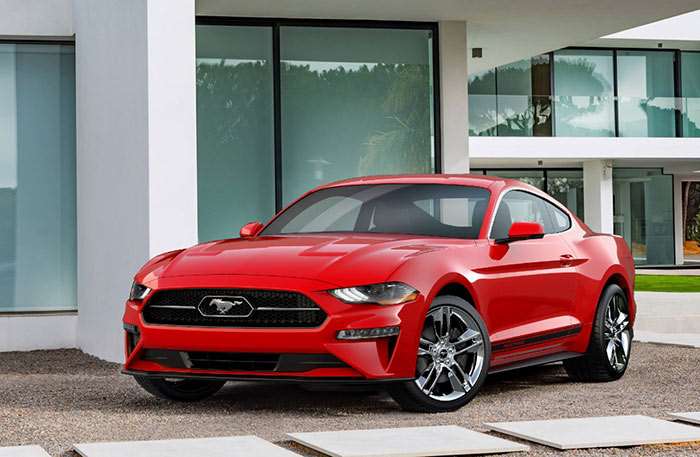 That iconic grille insert can trace its origin back more than 50 years when it first appeared in the mid-1960s. The last time the iconic grille pony was seen was as part of a special anniversary package for 2015. That special grille logo isn’t all Pony package buyers get for 2018.

The package also include 19-inch polished wheels, bright beltline and window trim for the fastback version, premium carpeted floor mats with Ebony embroidered pony logo, and side stripes on the lower body sides. The package also gets a tri-bar pony badge on the rear decklid. 2018 Mustang Pony package cars will hit showrooms this October.