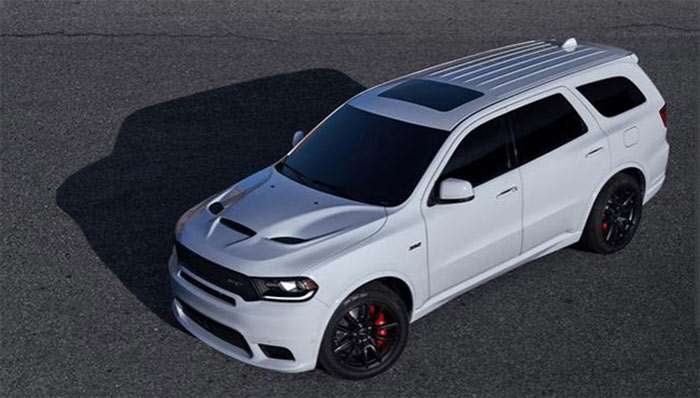 The big SUV has a 475hp, 470 lb-ft V8 engine under the hood. The engine displaces 392ci and is the Hemi variety Dodge is known for. The big V8 can push the SUV to 60mph in 4.4 seconds and onto an NHRA certified quarter mile run of 4.4 seconds.

Not only is the Durango SRT fast and not only does it have plenty of space inside, it can also tow more than other SUVs in its class. It has an 8,600 pound towing capacity. The SUV also features standard suede and leather interior and a AWD system with SRT Drive modes for track, snow, and others. I’d wager this will be one of the most expensive SUVs in its class, but man does it look good with the revised hood and fascias front and rear.