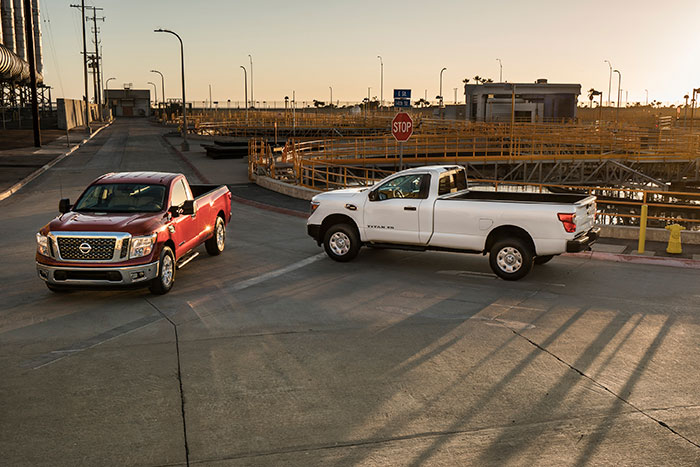 Nissan rolled out the new Titan and Titan XD trucks not too long ago and for 2017, the automaker has announced that it is expanding the truck lineup with a couple new models. The Titan XD and standard gas Titan can now be had in single cab models. Previously the only choices were an extended cab with two small wing doors behind the main doors and a four-door model.

The single cab version has no backseat and two doors and can be had with the 5.0L V8 turbo diesel XD or in the standard gas version. The single cab trucks can be had in 4×2 or 4×4 versions. Both models are aimed directly at the work set needing minimal space and maximum bang for the buck.

The Titan will be offered in three cab styles, three bed lengths, and with three engines. “Once we complete the roll-out of all TITAN cab, bed, powertrain and grade level configurations, our all-new TITAN family will cover about 85 percent of the total light pickup marketplace,” said Rich Miller, director of Product Planning for Trucks, SUVs and Commercial Vehicles, Nissan North America, Inc. and chief product specialist for TITAN and TITAN XD. “More importantly, the TITAN XD and TITAN single cabs will have the power, torque, heavy duty chassis and durability demanded by today’s demanding worksites – including the highest towing capacities and payloads in the lineup.”