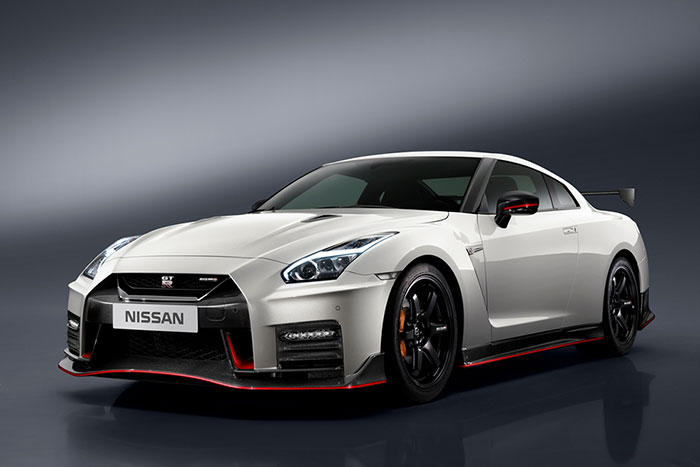 Nissan has announced the list price for the 2017 GT-R NISMO as it makes its official North American debut. The car will sell for $174,990 not counting the $1595 destination and handling fee. The NISMO carries a huge premium over the price of the GT-R Premium that sells for $109,990.

2017 marks the third year that the GT-R NISMO has been offered and it will be available in what Nissan says are very limited numbers. Exactly how limited we don’t know. The NISMO GT-R gets a new enlarged V-Motion grille to allow more air to enter the engine compartment. The car also has carbon fiber front and rear bumpers, black outside mirrors and a dry carbon fiber rear spoiler that is handmade.

Inside the car gets a refreshed interior with redesigned dash and steering wheel with Alcantara suede. The center stack has been simplified as well with only 11 switches this year compared to 27 in the previous versions. The twin-turbo V6 makes 600hp and 418 lb-ft of torque with the power going to all four wheels via a 6-speed dual clutch transmission.