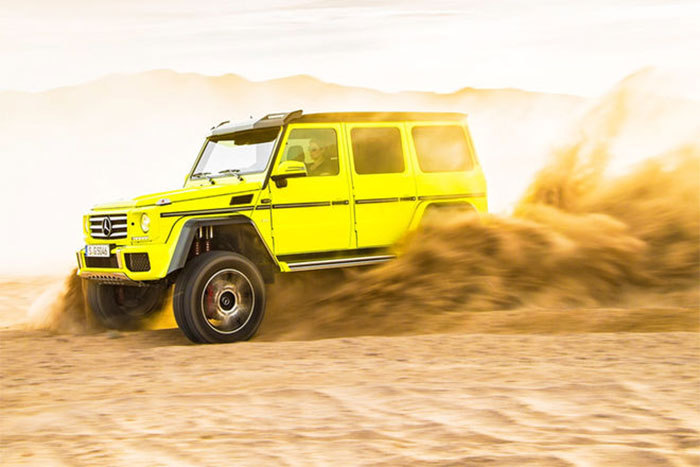 I’m sure there are some well to do buyers out there in the US who have been bummed that Mercedes wouldn’t let them buy the G550 4×42, which is sort of like the C63 AMG 6×6 minus a pair of wheels. The G550 is a massive beast at 11.7-inches taller than the standard G series SUV and boasting a massive 17.2-inches of ground clearance.

That is 7.9-inches more clearance than the normal G-Wagen. The massive ground clearance is thanks to some sort of fancy portal axles. Power comes from a 4.0L twin-turbo V8 making 416hp and 450 lb-ft torque.

Inside it has the fancy stuff normal G-Wagens pack inside like an 8-inch touchscreen and Comand infortainment system. Pricing is unknown right now and will be announce later. The price is tipped to be at or above the AMG G65 that sells for $218,825. I’m not sure that anyone would spend that sort of money and then actually take the G550 off-road. This will be mostly for the wealthy set that need to look rugged down at Starbucks. It’s a sexy beast though and those shorter folks might need a ladder to get inside.