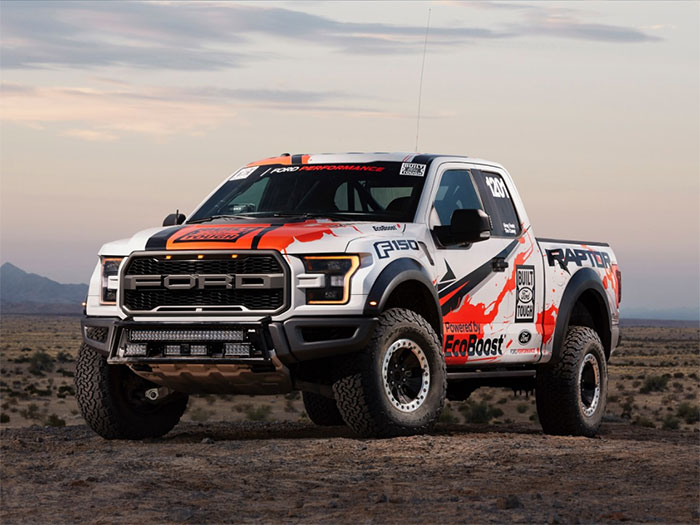 The Baja 1000 is one of the most grueling off-road races in the entire world and the event has been going on for decades. Ford has announced that it will be running the all-new 2017 F-150 Raptor in the 49th running of the Baja 1000 event on November 16-20. The truck will be driven by Greg Foutz, who has won the event four times.

The Ford Racing sponsored truck will be on display at SEMA this month ahead of the event. The truck is powered by the EcoBoost 3.5L V6 engine making 450 hp and 510 lb-ft of torque. The only modifications made to the truck from stock was the addition of a safety cage, puncture resistant fuel cell, racing seats, racing harnesses, and LED lights to meet SCORE rules for the event.

The stock springs and shocks were also tweaked to work with the additional weight of the roll cage and racing gear inside. Foutz raced the first gen 2008 Raptor at the Baja 1000 in 2008 and he says the new truck is miles better than the old one. It will be interesting to see if the truck can do well in the event.